US Senators raises concerns about the use of of Digital Yuan at 2022 Winter Olympics Republican senators Marsha Blackburn, Roger Wicker, and Cynthia Lummis urged the US Olympic committee to forbid American athletes from using this currency at the 2022 Beijing winter Olympics. Beijing says "don't create troubles for us." 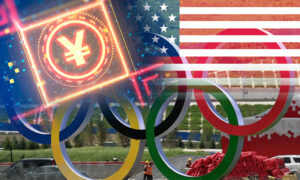 China became the first major economy to issue a central digital currency called ‘Digital Renminbi’ or Digital Yuan. This currency will be issued by China’s Central Bank, the People’s Bank of China. Digital Yuan is currently going under trial in China and it would be legally enforceable and would hold the same value like other forms of CNY like coins and bills.

China will host the 2022 winter Olympics in Beijing. China announced that overseas visitors would be able to access the digital Chinese currency without needing to open an account in any Chinese Bank during the event.

According to the People’s Bank of China, more than 20.8 million individuals have opened the virtual wallet as part of the ongoing trials. Media shows that people are excited about this digital currency but not everyone is. Republican senators Marsha Blackburn, Roger Wicker, and Cynthia Lummis urged the US Olympic committee to forbid American athletes from using this currency at the 2022 Beijing winter Olympics. The senators are concerned about espionage and data security. 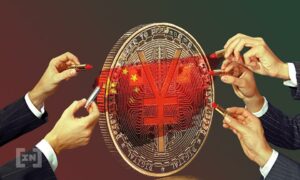 “Olympic athletes should be aware that the Digital Yuan may be used to surveil Chinese citizens and those visiting China on an unprecedented scale, with the hopes that they will maintain digital yuan wallets on their smartphones and continue to use it upon return,” the lawmakers wrote in a letter sent Monday to Susanne Lyons, board chair of the U.S. Olympic Committee.
The senators got a reply from Beijing where the officials said that the United States should stop making trouble for them.
The possible reasons for this political move in the US could be the politicians worrying about it challenging the US dollar status as the world’s dominant reserve currency despite the Chinese officials stating that it will be used for domestic transactions mainly.

All of the three senators are members of the committee on commerce science and transportation and they requested a briefing on their request within a month.

Chinese Foreign Ministry Spokesman Zhao Lijian told reporters that it only highlights the lawmaker’s ignorance at a regular press briefing in Beijing
“We suggest they figure out what a digital currency really is,” he said. “The U.S. politicians should abide by the spirit stipulated in the Olympic Charter, stop making sports a political matter and stop making troubles out of the digital currency in China.”