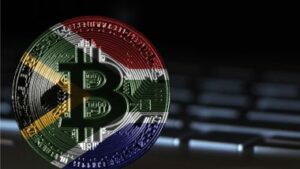 The cryptocurrency market is drooling in the crimes and frauds that don’t look to stop irrespective of what measures the regulatory bodies are taking. The fraudulent activities in the market are a worry as the market is already in an avalanche. SEC set up Commodities Futures Trading Commission to regulate the crypto market in a more stringent way.

CFTC took charge and filed charges against South African crypto fraud involving bitcoins. The U.S commodities went on to announce that it had filed case against a South African man and his company for successfully carrying out a fraudulent commodity pool worth over $1.7 billion particularly in bitcoin.

One of the largest cryptocurrency frauds according to CFTC’s investigation.

After investigating the case, CFTC came to an understanding that the company’s largest bitcoin-related fraud scam to date involved thousands of people donating bitcoin to what was allegedly a commodity pool through internet solicitations. The CFTC filed complaints against Cornelius Johannes Steynberg, the CEO of Mirror Trading International Proprietary Limited.

According to the reports, Steynberg was a fugitive in the eyes of South African law enforcement. The man was finally detained in Brazil by interpol, CFTC claimed.

As CFTC dug deeper in the case, they found out that, the company actually claimed to give big returns to investors who invested their bitcoins in the commodity pool, but factually, the company never made such bot or pool.

According to the CFTC, the majority of the pooled bitcoin was “misappropriated,” and only a small fraction of it was actually invested, at a loss. The business ultimately declared bankruptcy in 2021, and soon after that, South African law enforcement agencies opened a fraud probe.

CFTC’s interest in the case.

Since the commodity pool fraud was run by a South African man, it is easy to get confused why, U.S regulatory body set out charges against the man. The main reason for the CFTC, to take charge and investigate into the matter, was because around 23,000 Americans also invested in the pool and were made to look foolish for their investment.

The crypto fraud didn’t go down well with USA and the regulatory body took charge of the case to help South African Law enforcements to nab the fraudster and make him pay for all the fraudulent activities he committed till date.