“CryptoQueen” vanishes after committing a crypto fraud of worth $4 Billion, following which US adds her in the most wanted list

Ignatova, also known as Crypto Queen is charged for running a ponzi scheme in the name of cryptocurrency. The supposedly made cryptocurrency, is said to have cheated the investors of $4 billion. The German citizen accused has been added to the FBI’s list of ten most wanted fugitives.

The emergence of Onecoin and Crypto Queen.

Ruja Ignatova coined herself as Crypto Queen and labelled OneCoin as the bitcoin killer or the next big thing in the cryptocurrency market. She went on to convince the investors around the world to send her $4 billion in the promise for cryptocurrency and fled to Greece and disappeared.

According to the reports, authorities from US believe that, she potentially executed the largest pyramid scheme of the modern era. Although, Ignatova claimed it was backed by a blockchain, prosecutors said there was none.

Ignatova vanished in late 2017 after her American boyfriend’s flat was bugged and she discovered he was helping the FBI investigate OneCoin, according to Williams. He claimed that after she boarded a flight from Bulgaria to Greece, she vanished without a trace.

As she merely became a ghost for the officials, the US authorities went on to announce a cash reward for $100,000 for information leading to Ignatova’s capture.

Factually, Ignatova was found guilty along with Mark Scott, a former corporate lawyer. According to the prosecutors, both of them went on to conduct laundering activities, and laundered around $400 million for OneCoin. Scott was found guilty and caught and was also charged with bank fraud, following a three-week trial in Manhattan federal court. 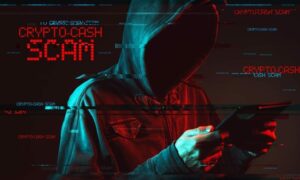 The cryptocurrency crime is anyway on the rise due to the absence of stringent regulatory framework from the authoritative bodies. It is true that, these types of crypto frauds are causing a big dent in the market. But, the crypto bodies and agencies from the government are working towards building a framework to curb the instances of crypto frauds and help the investors trade their currencies without any problems.