The new ETF, which trades under the ticker XBTF, is actively managed by Greg Krenzer, VanEck’s head of active trading, and has a net expense ratio of 0.65 percent. After receiving permission from the Securities and Exchange Commission (SEC) in late October, the fund became operational after weeks of delays. 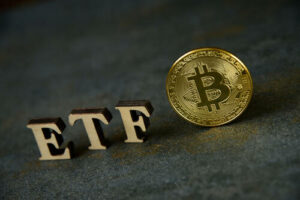 In a tweet on Tuesday, Bloomberg ETF analyst Eric Balchunas said that the reduced fee will assist but not soon. “I believe it will succeed, but it will take time.” Even while some analysts have warned that the new vehicles may not track Bitcoin’s price as closely as a direct investment in the cryptocurrency, the expansion in ETFs listed in the United States implies a rising degree of market maturity and approval from authorities.

“All this is doing is compressing the Bitcoin ETF in the United States at a far faster rate than in Europe,” said Laurent Kssis, director of CEC Capital, a crypto ETF expert. He went on to say that because XBTF is an actively managed ETF, many investors will be unaware of how and when futures are bought and sold.

“The futures-based ETF, if approved, will be an inefficient product,” Ilan Solot, global market strategist at Brown Brothers Harriman, told CoinDesk. “Because Bitcoin’s futures curve is typically in contango, the fund is going to suffer from a negative rollover.”

“I expect the average negative yield on the CME Bitcoin futures curve to be around 5-10percent,” said Patrick Heusser, head of trading at Crypto Finance AG in Switzerland. In layman’s terms, if Bitcoin’s price doubles in the next 12 months, the ETF will underperform by at least 5 -10percent.

“There are decent rolling cost (soon to expire) contracts to futures months,” Kssis explained. “In addition to ‘roll’ difficulties, situations known as contango and backwardation, which are peculiar to futures, will cause the fund’s performance to diverge from current bitcoin values at times.”

The VanEck fund is the third Bitcoin futures exchange-traded fund to begin trading in the United States. The SEC approved the ProShares Bitcoin Strategy ETF (stock symbol BITO) in October, and it went public on the New York Stock Exchange in November (NYSE).

The fund immediately surpassed $1 billion in investor assets, which is the fastest an ETF has ever done. Valkyrie Investments’ Bitcoin futures ETF began trading on the Nasdaq a few weeks ago, following ProShares’ much-anticipated ETF launch.