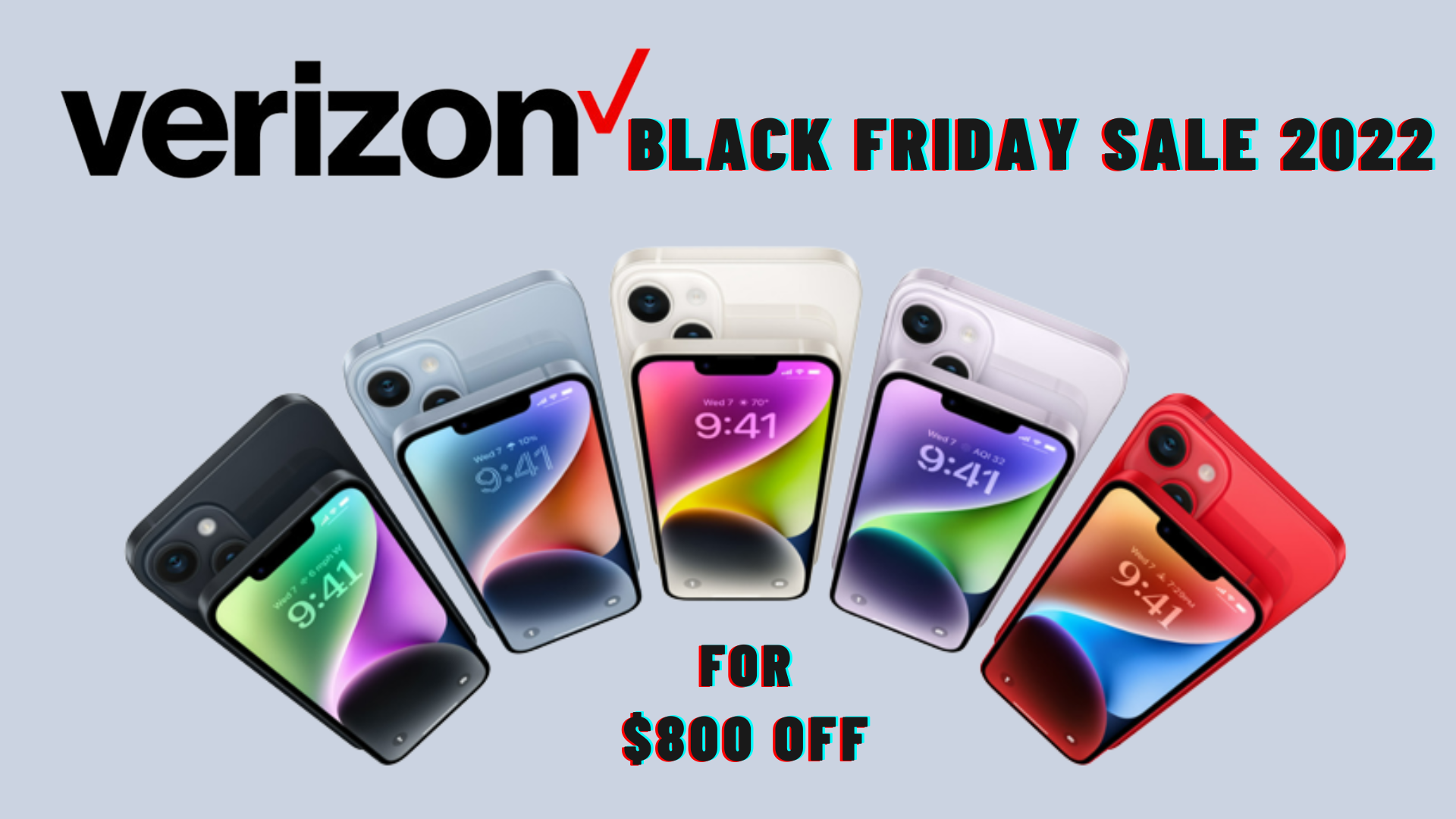 Wouldn’t it be fantastic to save $800 on a new Apple iPhone 14 smartphone? Then you’ve come to the right spot because we’ve got you covered with Verizon’s new Black Friday Sale.

This is fantastic news for many people, particularly those in the United States, as they will be able to take advantage of such big savings during this deal. If you’re excited to get your hands on the new Apple iPhone 14 series, we’ve got you covered with all you need to know:

If you’re wondering how you can obtain the new Apple iPhone 14 series at such a steep price during this sale, you may trade in your old phone for up to $800 off.

How you can avail of the trade-in discount for this sale?

Apple iPhone 14 Series – What does it feature?

If you have finally made up your mind to get in hands with this new Apple iPhone 14 series, before making the purchase we would recommend you to know the specification side of the smartphone.

The new Apple iPhone 14 series was first launched back in 2022. Starting with the specification side, on the front side, you will get to see a bigger screen that has been spread across into a 6.1-inches in size.

On the chipset side, this smartphone came with a faster Apple chipset which is the new A15 Bionic SoC where it’s been said that this chipset has been enhanced and made more power efficient in its working.

This speedier chipset has been paired with quicker RAM and storage on the inside! The RAM is a new LPDDR5 RAM combined with quicker UFS 3.1 storage with a capacity of up to 512GB. As an added bonus, this iPhone 14 comes with an authentic IP68 water and dust-resistant rating.

Going to the back, this smartphone has a dual-camera arrangement with a primary 12MP camera sensor and an ultra-wide angle sensor of the same size. This Apple iPhone can give excellent selfies due to its new 12MP front-facing sensor.