The virtual building will be open to multiple VMG businesses including Virtue and Vice and act as a permanent residence for the group in Decentraland.

Aside from establishing a permanent presence in a “metaworld”, Vice told Campaign the space will allow clients to experiment with NFTs, DAOs (decentralised autonomous organisations) and Web 3.0. 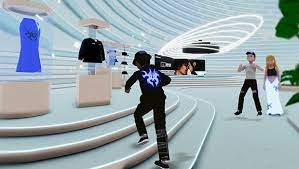 In Viceverse, clients and collaborators can meet for briefings, presentations and demonstrations of metaworld experiments.

The initiative is being managed by Virtue Futures, which is the innovation division of Vice’s creative culture agency, Virtue.

Virtue’s clients include Logitech, Converse, L’Oréal, Beats by Dre and Coca-Cola. It helped the latter launch its first NFT last year. It is led by co-president and chief creative officer Chris Garbutt, former CCO at TBWA.

Morten Grubak, Global ECD Innovation, Virtue Futures said: “The creative opportunities within the metaverse are hugely exciting and as we’re already helping brands navigate this new space it makes sense to have an office there ourselves. Working with the world-renowned architects at BIG, the vision has taken on a new reality.” 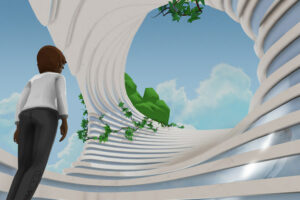 Nancy Dubuc, CEO of Vice Media Group said: “Vice has always been about being inside culture, going to places where our audiences are. This is a new frontier filled with potential and once again, we’re proud to be pushing the boundaries.”

Adam De Cata, Head of Partnerships at Decentraland further said: “We’re seeing massive interest from players big and small, but for a lot of the more entrenched actors, it’s more about saying you did it than actually involving themselves with our community. So it brings us great joy to see two such iconic organisations — BIG and Virtue — get their hands dirty with such earnest dedication.”

Garbutt summed it up as: “Instead of just telling people how great your equipment is and how creative you can be, you give the community the tools to be creative, and then you give them the real estate to create on.

“The big difference between us being behind this or a traditional agency is the fact that we can program it with content and keep it alive and breathing within culture.”

Campaign was taken on a brief tour of Vice Media’s virtual office before it was officially launched. It takes the form of a large cube with a tunnel that snakes inside it, exposing different levels and rooms as you make your way up.

There are various digital experiments and “hidden extras” for those who explore it, including a path for young creatives to reach “meta-mentors”. The office will also serve as a centre for “digital field research into the sociology of digital communities”.