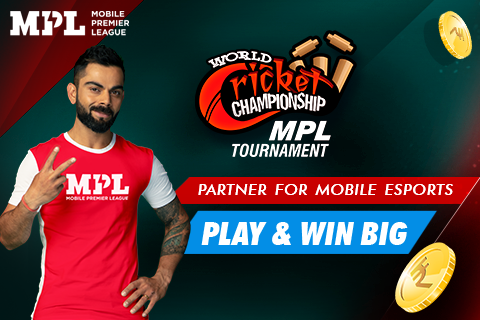 The latest funding round is the fourth Series D round that took the company’s total fund raised to USD 225.5 million.

Founded back in 2018 by Sai Srinivas Kiran G and Shubham Malhotra, Mobile Premier League or MPL is an online gaming platform which offers cash prizes to players while playing games. The Bengaluru-based start-up is one of India’s best gaming platform to win real cash. The start-up offers games across different categories like arcade, action, puzzle etc. According to the company, the platform currently enjoys over 60 million users in India and offers more than 50 games across multiple categories.

As mentioned in a report by Financial Express, the company mentions utilising this latest infusion of funds to expand its eSports portfolio and invest in organising online digital tournaments for its players. Furthermore, the company also plans to expand in international markets in this financial year. Although, MPL enjoys over 3.5 million users in Indonesia.

Sai Srinivas, Co-founder and Chief Executive Officer, Mobile Premier League mentions in a statement that this is the correct time for the eSports community in the country to thrive with home-made games. He also says that it is the best time to help Indian gamers get recognized for their talent.

According to a report by The Indian Express, MPL has been an official kit sponsor and merchandise partner for BCCI in November 2020. Before that in February 2019, Virat Kohli had announced to invest in the company and by March 2019, Virat Kohli was officially announced as a brand ambassador for Mobile Premier League.

According to a report by Statista and as mentioned by Financial Express, the Indian gaming industry is moving towards a massive boom in revenue within the next five years. The report by Statista exclusively mentions that at a CAGR of 12.5%, The revenue generation in the Indian gaming industry will rise from present USD 295 million to USD 531 million by 2025 with penetration growth from 8% to 10.2%.

With being more digitally advanced with affordable internet and smartphone devices, the penetration of gaming industry in the market will be rapid as the Indian market shows a lot of potential in technology and gaming in the near future.

IKEA flagship store to open in Bengaluru next month