Visa CEO: Crypto would be “extremely popular” in five years

Despite the fact that it is just a little more than a decade old, Crypto has exploded in popularity in its short time in the public eye. Cryptocurrencies have surpassed Apple and Microsoft in terms of market capitalization, with a total market capitalization of over $2 trillion. In recent years, adoption has followed the same pattern. The number of persons investing in cryptocurrency is currently estimated to be just around 10% of the global population. According to Visa CEO Alfred Kelly, if cryptocurrencies become as huge as everyone thinks, Visa wants to be there in the middle of it. 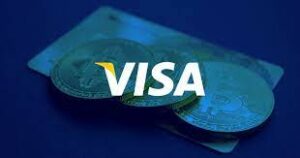 Crypto is expected to reach mainstream usage in the next five years, based on comparisons to the emergence of revolutionary technologies such as the internet. As a result, payment giants such as Visa, PayPal, and MasterCard have all established crypto strategies to position themselves at the forefront of this new payment method. Cryptocurrencies’ future is undeniably bright, according to the titans. Giving everyone a motive to expand their platforms in order to support these new currencies.

In recent years, Visa has taken significant measures toward total crypto and blockchain support. According to Visa CEO Alfred Kelly, if cryptocurrencies become as huge as everyone thinks, Visa wants to be there in the middle of it. CEO Alfred Kelly appeared on the “Leadership Next” podcast with Alan Murray, CEO of Fortune, to discuss the future of cryptocurrencies. Kelly shared his predictions for where cryptocurrency would go in five years. Cryptocurrency, according to the CEO, might become “very popular.”

Kelly, on the other hand, believes that while cryptocurrency has the potential to be extremely successful, it also has the potential to fail. Kelly added that, despite the fact that cryptocurrency may not go away, Visa wanted to be ahead of the curve. Kelly told Murray, “What I like best about our business is that we don’t pick winners and losers.”

Bitcoin is considered the digital successor of gold, according to CEO Alfred Kelly. As a result, the organization was attempting to make cryptocurrency purchases and conversions possible. Visa intends to make it possible for users to change their cryptocurrencies into fiat currency in a smooth manner. Kelly went on to say that the organization was focusing on using crypto to move money rather than only for payments.

“If it takes off and we receive our fair part or more of the volume because we expect it to take off and become a huge business,” Kelly said, “We certainly want to be prepared for that, and I think we’ve gotten off to a wonderful start.”

Visa has been working on solutions to deliver blockchain and cryptocurrency services to its consumers for a long time. The payments behemoth also claims a number of agreements with cryptocurrency firms, which have resulted in the implementation of crypto debit cards that allow clients to spend their cryptocurrency. The corporation is also incorporating blockchain solutions to make transactions on its platform faster and more efficient.