Vodafone’s stock plunged 21% after news of a government stake of 36% This conversion will result in massive equity dilution to all existing Vodafone Idea shareholders. 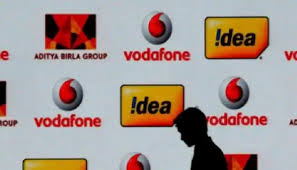 Shares of Vodafone Idea (VIL) on Tuesday tumbled nearly 19% after the debt-ridden firm announced converting about ₹16,000 crore interest dues liability payable to the government into equity. The stock tanked 18.85% to ₹12.05 on both the BSE and NSE.

VIL has decided to opt for converting about ₹16,000 crore interest dues liability payable to the government into equity which will amount to around 35.8% stake in the company, as per a regulatory filing of the telecom firm. In such a scenario, the government will become the single largest shareholder in the telecom firm with a stake of 35.8 per cent.

An Indian government representative did not offer any immediate comments on the proposed plan. Vodafone Idea’s shares plummeted almost 21 per cent in Mumbai on Tuesday – most since March 2020. While the benchmark S&P BSE Sensex advanced 0.4 per cent.

Vodafone Idea said it has exercised the option of paying interest for the four years of deferment on the deferred spectrum installments. AGR dues by converting the NPV of such interest amount into equity in an update released before market hours.

This is against its peer Bharti Airtel which recently said it would not opt for conversion of interest on the deferred spectrum and adjusted gross revenue (AGR) dues into equity.

The net present value (NPV) of this interest is expected to be about Rs 16,000 crore as per the company’s best estimates.

“Since the average price of the company’s shares at the relevant date was below par value. The equity shares will be issued to the government at a par value of Rs 10/- per share, subject to final confirmation by the DoT. The conversion will therefore result in dilution to all the existing shareholders of the company, including the promoters,” Vodafone Idea said.

“The governance and other rights of the promoter shareholders are governed by a shareholders agreement (SHA) to which the company is a party and are also incorporated in the Articles of Association of the Company,” Vodafone said in a notice to exchanges.

“The rights are subject to a minimum qualifying threshold of 21 percent for each promoter group. In light of the conversion of interest into equity, the promoters have mutually agreed to amend the existing SHA for reducing the minimum qualifying threshold from 21 percent to 13 percent to exercise certain governing rights such as the appointment of directors and relate to the appointment of certain key officials, etc,” the company said.

“In the short term, Vodafone Idea’s price will react negatively due to equity dilution at such a low price. But eventually, as the ARPU rises, as has been the trend since the last few quarters. We expect the company to perform better in the long term,” while adding that the latest move by the government is an initiative to save the telecom industry from a duopoly.