Why Voice Assistants Are The Now Of Marketing 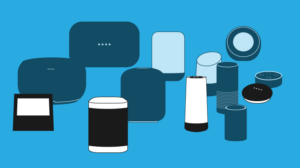 For anyone studying marketing and advertising, it will be common knowledge that the two things driving the revolution are artificial intelligence and voice assistants.

The time to build a brand online and think about how the brand can utilize voice assistants to its advantage is now. Five years ago, the possibility would probably not even have been a consideration.

But Why Voice Assistants Over Everything Else?

One may ask the question of why should brand and marketers prioritize voice assistants over every other media and digital marketing platform available?

The answer is simple. Voice assistants are yielding the most traffic now and the number is only slated to increase. This number will increase because mobile phone assistants are becoming more and more adept so people are using them more. Also, the adoption of home speakers like Alexa has already diffused into the consumer market and gone mainstream. There is a highly predicted point among experts where voice searches will be the mainstream norm and typed in searches will be in the minority.

It is estimated that in the 2018 Holiday Season alone in the United States over 12 million virtual assistants were sold.

“As time goes on, this will become more and more common with more users navigating to websites – meaning you’ll get more traffic coming through to your site from voice assistants. It’s also worth noting that these users have fairly high intent”, says Matt Jones, SEO executive at online tutor platform Tutorful.

What Can Voice Assistants Do Better? 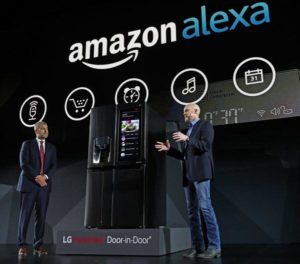 It is natural for a consumer to talk more than they type. On average, a person can speak 170 words a minute but can only type 40 words a minute.  This automatically makes voice search more detailed and specific than typed in searches.

One can type “Red Shoes” in Google Search. But when they are using voice search they are more likely to say “Hey Google I Want To Buy Red Shoes For My Son”.

This means that voice search will immediately give out more information about a user and their intent of the kind of product they want to buy.  Instead of showing ads for red shoes for men, women, girls and boys, the ad will be more targeted and show red shoes only for boys. This will reduce unnecessary competition within brands who are not even catering to the same kind of consumers and will also provide valuable ads to the user. A win-win situation.

One thing voice assistants can also be able to do better is distinguish between users even if they use te same device. Today if multiple users use the same desktop or laptop, the ads targeted to them are haywire and will be an amalgamation of all their personal targeting data points. This is highly inefficient.

What voice assistants can do is distinguish between two people based on their voice and even the way they talk. This will gradually customize the results based on the specific user’s taste and previous history of choices.

For example, if a user has recently looked for vegan restaurants in Mumbai and then a few days later they searched for restaurants near them, the voice assistant will include a vegan option in one of the top choices because of the user’s history and knowing that it is that one specific user.

This will mean that marketers will have a unique ability to distinguish between personalities in the same household.

“Unlike a computer or phone, where profile switching takes a couple of steps, this would be automatic,” he said. “I could ask for something like, ‘My flights,’ and my wife could turn around and ask the same question ten seconds later and get an entirely different answer.”

Meyers has also mentioned to Wordstream that other voice-related factors such as a person’s accent or emotional tone while doing the search could yield different and more accurate results. Context- emotional or physical- will be everything in the future.

What Is Already Happening?

Over the years there was a certain way a person could order a pizza. You could SMS Dominoes, call them, order through the app, or DM on Twitter. Last year, it became a reality that you could order a pizza without even looking at the screen. This was called Skill Integration.

Through Skill Integration, Dominoes as a brand partnered up with Alexa to teach it a skill  how to order a pizza for a specific user and send the order to  Dominoes. Now all you need to say is “Hey Alexa, order me a double cheese burst with pepperoni and chicken” and that’s it. Alexa will place the order with Dominoes and your order will reach you in 30 minutes.

This is a successful example of how a brand has used Alexa to teach it a skill that makes it easier to get to their product.

It is estimated that so far Alexa by Amazon has over 25,000 integrated skills that can serve a variety of applications and brands. This list of skills is only bound to increase in the future.

A few other brands that have started using this integrated skills technique are Starbucks where you can say “Hey, Alexa tell Starbuck to keep my regular order ready” and by the time you reach Starbucks your daily preferred coffee is made.

Other companies include Uber, and banks like Capital One. Call a cab or check your bank account with just a sentence.

Voice assistant is of course, most definitely, the future of the successful brand. But the revolution has already begun. They have infiltrated the present.

Time and again it is becoming clear that voice assistants need to be incorporated in marketing strategies and the way they are needs to get more creative. It will be an omnipresent reality and a smart brand will jump on it right away.