Snapchat is one of the most used social platforms in the world. And it is the one that revolutionised the idea of clicking photos and adding various effects on them. With a wide range of filters and stickers the experience of using the platform to make oneself look like a king/queen or something funny like a clown is very engaging. And now with its increasing popularity, the platform might be looking to integrate singing features in its app. So, it acquired Voisey, a karaoke music app. 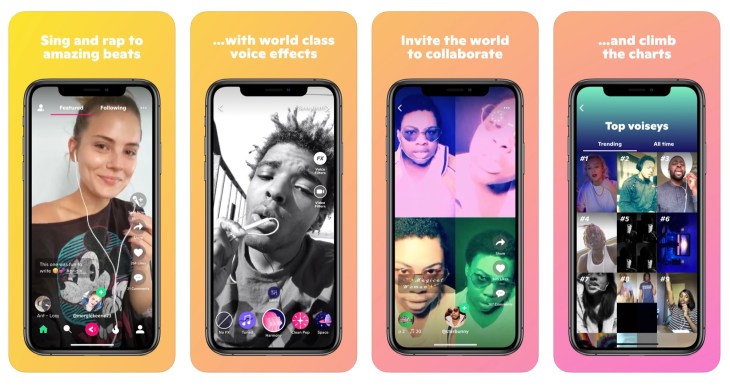 Voisey lets one create music videos by using their own voice with the background sound. Those who are interested in singing but don’t know how to play instruments can use this app. It also has several features that let’s one enhance the audio quality of the singer. Like Snapchat filters, the app has support for audio filters and also autotune that can help enhance the user’s voice.

The platform is a perfect place for those who just want music content. It is kind of TikTok with nothing of that cringy videos in it. So, that makes it much more appealing to a niche audience, and generally appealing to everyone because who doesn’t want to sing right.

Details about the acqusition

Credits to TechCrunch for providing the speculated details of this acquisition as nothing has been said officially. The fact that Snapchat has acquired Voisey was understood when the company changed its address to Snapchat’s location. Another important fact was that all the previous directors of the music app had resigned. And in place of the two new officials from SnapChat were given the roles.

Since the app did not raise many funds so we cannot estimate how much the acquisition would have cost Snapchat. But, one thing is for sure that it wasn’t very much. Even though Snapchat is still making losses it did wanted to raise $500 million for acquisitions like this.

Snapchat’s motive behind the deal

The easiest speculation one can make is that Snapchat want to integrate the features of the app in its platform. Since, snapchat doesn’t yet have very solid music integration and is just a work off at this point, the acqusition of the Karaoke app might give it a great advantage. It even acquired another voice related startup, Voca.ai a while back for $70 million.

Do you think the integration of music in Snapchat will be inetersting? Let us know in the comments below. Alsi, if you found our content informative, do like and share it with your friends.

Also Read: YouTube to not give a dime or a damn while creating YouTube Ads On Creators’ Videos