VW supposedly released their new name “Voltswagen” accidentally. However, the plan was openly out all along without an announcement. The Twitter page, Voltswagen, with official Bluetick was already existing, just didn’t come out to the public. 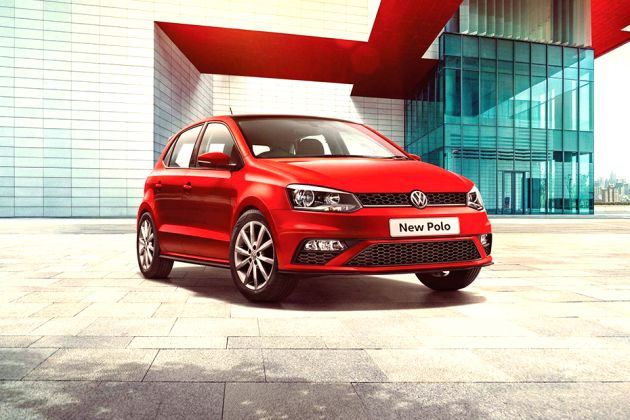 The deletion of their announcement on the official website was caught by CNBC. Patrick from Business Insider posted the below screenshot of the announcement on his official Twitter account. 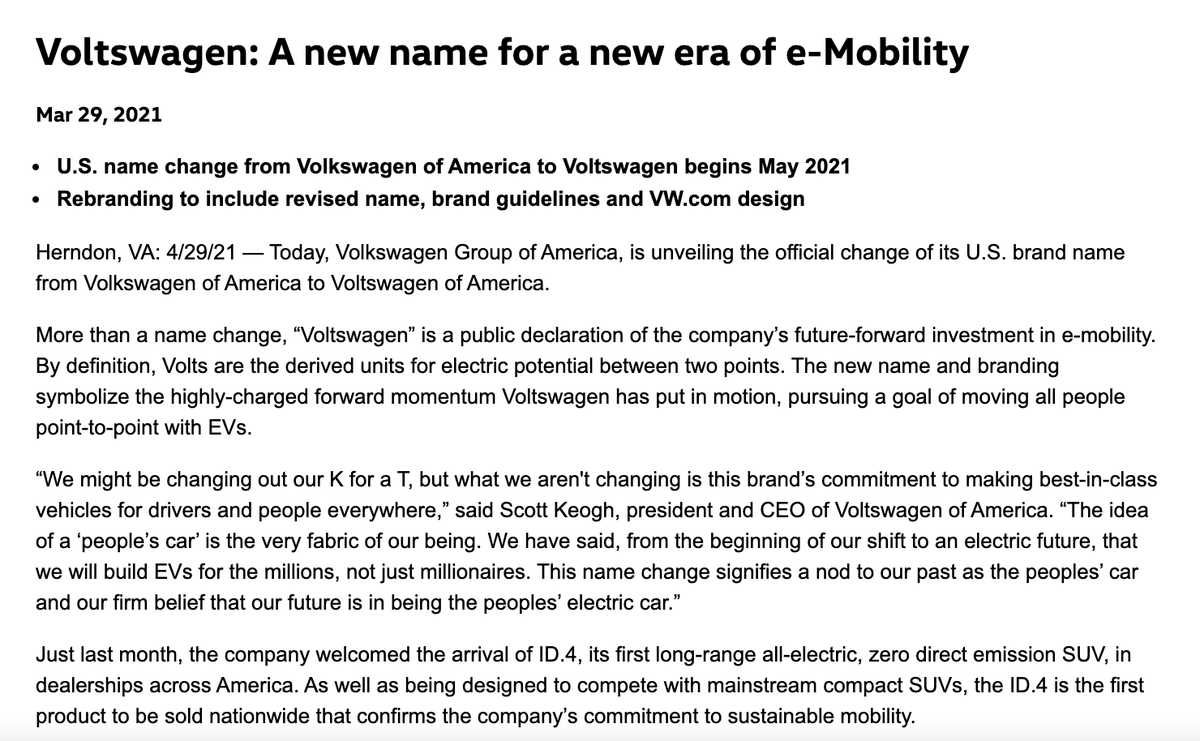 With Volkswagen’s focus on electric vehicles, alongside making up for the 2015 scandal, their moves have been drastic. Technically, the name change is only about changing one letter, K to T. Competing with Tesla is no joke, however, the rebranding was unexpected.

The name change on current and future EVs

The current electric vehicle owners of Volkswagen can change their names on the vehicle. Though the majority of their sales are focused on fuel-based cars, they seem to have separate future goals for their electric vehicle. While rivals are planning on merging their fuel-based vehicles with electric in the future, Volkswagen probably will have to dissolve “Volkwagen” when Voltswagen flourishes in the future.

Volkswagen was able to sell 3,26,000 cars in the US, with this kind of involvement, the name change is expected to boost up sales. The scandal in 2015, hit their US sales majorly, there is no place for mistakes in Volkswagen now.

Also, it represents that the company is evolving, connecting with the EV era. Being a brand established in 1937, the company has overcome a lot and is now competing with Tesla, a modern-day auto manufacturer.

Volkswagen’s first electric SUV in the US is taking in bookings from all over the country. Recently, the company revealed launching six battery production utilities in Europe. Alongside, they are working to have charging stations over Europe by their alliance with other electric vehicle productions.

The ID.4 is Volkswagen’s first ever all-electric SUV and the latest addition to the ID. range. Take a first look at the camouflaged prototype. #ID4 pic.twitter.com/4DDjdNs0S9

A decade from now, the company plans to have Volkswagen’s total sales in Europe to have 70% electric vehicles, and a 50% in the US and China. So far, Voltswagen is to be used in the US, there is no further explanation on how it will be for the European brand.

Voltswagen will have the same logo, with a different color. The original logo, Volkswagen, on the official website, is of dark blue shade. However, the Electric vehicle logo is going to have separate websites and pages, to be found in light blue color. In any case, the logo on the car would be similar, except for the name change. 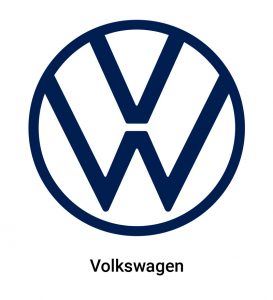 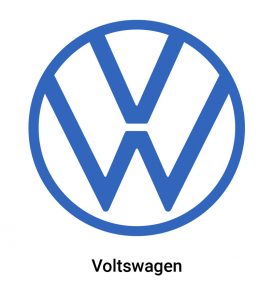 Further details are to be known once an official statement is made. Also, there are mixed feelings among fans on the internet, some are embracing the Volkswagen evolving process, others are making fun of “Volts-Wagen”.