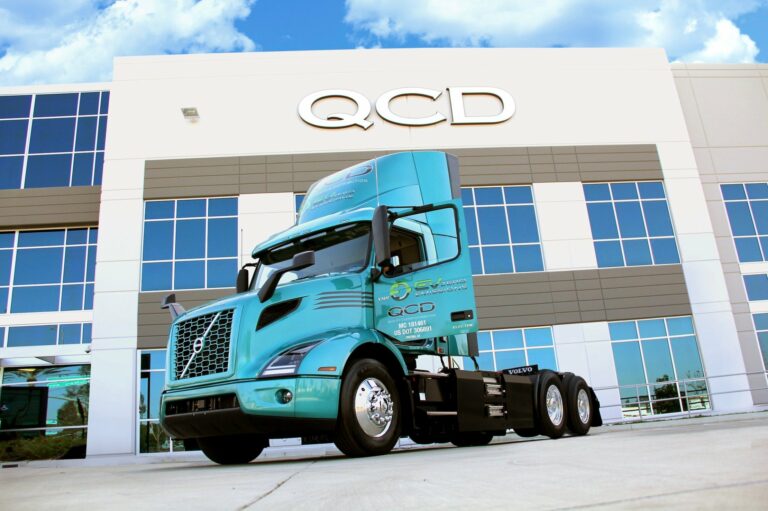 Volvo trucks announced that it is going to build publicly available EV charging stations for medium and heavy-duty trucks. The network will be located in California, where the company plans to install five stations. They are to be completed and operational by end of 2023.

Having charging stations in California means connecting many of the State’s largest metropolitan areas. In its aim to build the charging network, the company is collaborating with Volvo Financial services, Shell Recharge solutions, and Volvo Technology of America. The other companies in this project include TEC Equipment, Western Truck Center, and Affinity Truck Center. Together all the companies received an award of $2 million from the California Energy Commission(CEC). The CEC commissioner Patty Monahan said, “The Energy Commission is thrilled to support the Electrified Charging Corridor project, which will help California meet its goals for zeroing out tailpipe emissions from trucks.”

The main goal of the project is to “address key barriers to long-range MHD EV deployments and accelerate widespread adoption,” Volvo said. The lineup of chargers extends down as far as La Mirada, California, which is just south of Los Angeles, all the way up to Dixon, California, which is just south of Sacramento. Other stops include Fontana, Bakersfield, Fresno, Oakland, and Stockton.

“This project will open the door to a truly electrified freight future in which zero-tailpipe emission medium- and heavy-duty trucks are no longer limited to short-mileage, return-to-base operations and can reach far and wide across the state,” Peter Voorhoeve, President of Volvo Trucks North America, said. “We are excited to begin construction of the Electrified Charging Corridor Project this year in collaboration with these pioneering truck dealerships so that we can further support fleets in successfully integrating battery-electric trucks into their operations, including our Volvo VNR Electric model. With the support of the CEC helping to drive and manifest this project, we will see an accelerated progression with ripple effects across the industry.”

The Electrified Charging Corridor Project will enable easier travel for small business fleets who do not have the capital to invest in large-scale charging infrastructure on their sites.