Voyager in distress as 3AC fails in paying the loan back

Voyager limits the withdrawal limit to $10,000 for the customers.

Voyager Digital, recorded a drop in its shares by at least 60%, owing to the disclosure of its relations with Three Arrows. The crypto broker went on to state that it might issue a notice of default on the hedge fund company in the case the loan is not processed by the due date.

Voyager’s exposure to Three Arrows consists of 15,250 bitcoins and also consists of $350 million USDC. The Dubai based hedge fund company exclaimed that it faced major losses in the recent crypto market implosion. The company also claimed that they went on to hire legal and financial advisers to figure out a way from the pit of the crash.

Voyager Digital, the crypto broker recently announced a loan of $200 million from Alameda ventures. Amidst the announcement, the crypto broker also publicized the loan that they had given to the hedge fund company from Dubai. Since the position of 3AC is not good and a huge of loss surrounds the company, Voyager being its lender is also facing the blunt of it.

Voyager Digital also went on to limit the withdrawal amount from $25,000 to $10,000 a day. The users started complaining and reporting about the news, as the move from Voyager hit them suddenly. The move is considered to be taken to reduce the risk of liquidity crisis and to counter the turbulent market conditions and its exposure to 3AC. 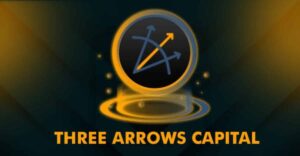 According to the reports, 3AC is not even in the position to repay 4% of the loan which equals to $25 Million. The payment of total loan amount which is $612 Million looks highly improbable. The failure in repayment of loan is surely going to affect Voyager massively as the market is in a no-mercy state.

From the reports of earnings, it is believed that Voyager is in a lot of distress. In the first quarter, Voyager reported a loss of $61.5 Million. Voyager had $3.4 billion in cryptocurrency holdings as of May 2022 and had disbursed $2.4 billion in loans. Additionally, it is in charge of customer crypto assets worth $5.4 billion. Voyager may be able to manage the $20 million in losses per month because to its net $1 billion in assets. The exchange, however, might experience serious issues if a bank run occurs on its custodial holdings.