The saga between the government of India and global tech companies now has a new chapter in its story. After the Indian government gave a strict ultimatum to the companies that provide VPN services, the top international companies such ExpressVPN and Surfshark decided to shut down their Indian servers and leave the country.

Not wanting to one upped, the government of Indian sent out a public statement to their millions of employees saying that they are not allowed to and are banned from using VPN services and other services offered by these companies. 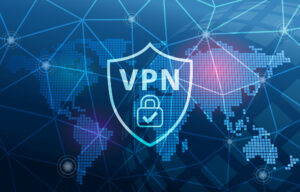 The employees of the government have even been told not to use and especially urged them not to save important personal documents and other government related files in cloud services such as Google Drive and Dropbox.

The National Informatics Centre which is an agency under the Indian government released a document which stated the public sector employees carry great importance for the functioning of the country and the documents and data they have access to are private and are paramount to the growth of the country and the economy which they should know about. Therefore, awareness has to be raised about this and employees should know what to do and what to avoid so that the country can be digitally safe and avoid cyber-attacks and crimes.

According to the report, these rules have been set to make the country safer and to improve the ‘posture’ of the government. The agency has also urged their employees to keep their phone safe and not do things like jailbreaking their phone which would only make them susceptible to hacks and data leaks.

They have also been banned from using any privately owned scanning and file conversion apps such as Chinese based CamScanner for any government files and documents.

They also said that these new rules will be for all government employees, everyone and every company working with the government of India and anyone or company that has been hired by the government on a contractual basis.

The agency ended their statement by saying that they will be taking these new rules very strictly and if it is discovered that an employee has violated any of these laws, they will be investigated by their Chief information security officers and other heads and necessary action will be taken on them depending on the seriousness of the crime.

It seems like the Indian government has no plans to slow down as they crack down on the freedom of tech companies in the country.