According to recent reports, Wall street 16 firms have paid a tiny penalty for failing to preserve texts. Read the whole article to learn about the whole news story.

“By failing to maintain and preserve required records relating to their businesses, the firms’ actions likely deprived the Commission of these off-channel communications in various Commission investigations,” the SEC said in a press release.“The failings occurred across all of the 16 firms and involved employees at multiple levels of authority, including supervisors and senior executives,” the SEC continued.“Finance, ultimately, depends on trust. By failing to honor their recordkeeping and books-and-records obligations, the market participants we have charged today have failed to maintain that trust,” SEC Chair Gary Gensler said in a press release that announced the ridiculously low penalties.“Since the 1930s, such recordkeeping has been vital to preserving market integrity. As technology changes, it’s even more important that registrants appropriately conduct their communications about business matters within only official channels, and they must maintain and preserve those communications. As part of our examinations and enforcement work, we will continue to ensure compliance with these laws,” Gensler continued. As per the data provided by the SEC, three firms will pay $125 million each, two firms will pay $50 million each and another one will pay $1.1 billion. Well known companies like Goldman Sachs, Barclays Capital and many other companies have agreed to $125 million each. The press release from the SEC claimed that all the Wall Street firms, “agreed to retain compliance consultants,” to conduct reviews of recordkeeping for personal devices in the future. 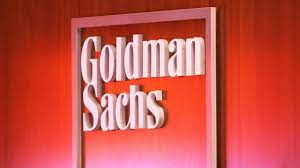 For people who know nothing about the SEC this article is here to educate you about it. SEC stands for Securities and Exchange Commission. Their mission is to improve America’s economy and make people’s lives better in every which way possible. They have been in the business for approximately 85 years and these years , they have made sure to safeguard as many investors as possible, and make the markets fair. They have also aided capital facilitation. This commission has range of skilled and wll-qualified people working under them who have made it their primary focus to achieve the mission of the commission which is why the commission has been able to come so far. All the people working in this committee care immensely about the about safeguarding the interests of the investors who primarily rely on the markets for their finances.