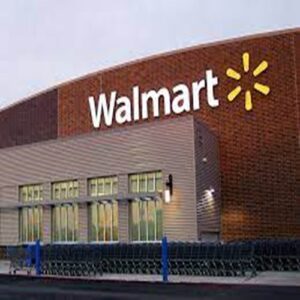 Following the new trend of the app market, to let users try virtually the goods being sold online, the retail giant Walmart has rolled out a new feature in its app for iOS users.  Amazon previous month launched an augmented reality service, which lets consumers try shoes virtually. Previously, Macy and Adidas too tried experimenting with virtual reality.

Walmart’s new feature lets users try new clothes on their bodies so that users are able to decide the best fit. The Retailer’s new feature is aimed at providing a more familiar experience to its users.

Walmart’s new feature is said to have been rolled out after the retail giant acquisition of Zeekit last year. Zeekit uses augmented reality to offer a virtual try-on option to users. According to the LinkedIn page of the company, says that using Zeekit helps the user know the best fit in clothing. The company founded in the year 2013, says that its new virtual-try technology helps bring down the return rate. Zeekit says that it has helped Tommy Hilfiger and Macy’s increase conversion rates.

Choose My Model and Be Your Own Model

Earlier, the retail giant Walmart had announced new technology ‘Choose My Model’ this year, which let customers choose a model very similar to their demeanour from a range of models. Walmarts latest “Be Your Own Model”, now lets consumers try new apparel virtually on their bodies. This new technology, however, requires users to dress up in fitting clothes to understand the user’s demeanour correctly. ‘Be Your Own Model’ allows users to test more than 250,000 items. Walmart also provides users with the option to become models themselves.

First To Roll out The Feature

This experience allows customers to use their own photo to better visualize how the clothing will look on them, and creates a gamification of shopping that we believe will be very compelling to the customer,” Denise Incandela, Walmart’s executive vice president of apparel and private brands, said in a statement.

Walmart Executive also said in a statement that, the company is the first to use the technology of Virtual try-on in apparel and provide it to customers.