Warren Buffett-backed Nubank launches crypto trading and also holds Bitcoin on its balance sheet. There are around 54 million users on the platform, and they will be able to start trading Bitcoin and Ethereum right away. Nubank has made it easy for users to access crypto as no new accounts need to be opened to trade them, with the options being available by default to everyone.

Nubank is currently available in Brazil, Mexico, and Colombia. And they have started offering the crypto trading service in Brazil. Users can start trading BTC and ETH for as low as $0.2. And since no new accounts are required, the entry barrier in crypto is further reduced. Not all users have received the option right away, but by the end of July 2022, the entire user base of Brazil will have access to crypto via Nubank. They also plan to offer more crypto options in the future and also educate users on crypto with various resources.

Nubank has partnered with Paxos, a blockchain infrastructure company that will provide them custody service and act as a broker.

The company adds Bitcoin to the balance sheet

The parent company of Nubank, Nu Holdings, has announced that they have allocated 1% of its balance sheet to BTC. This shows that the company is positive about the crypto industry and is going all in. The CEO of Nubank said, “There is no doubt that crypto is a growing trend in Latin America, one that we have been following closely and believe will have a transformational impact on the region.”

The hypocrisy of Warren Buffett 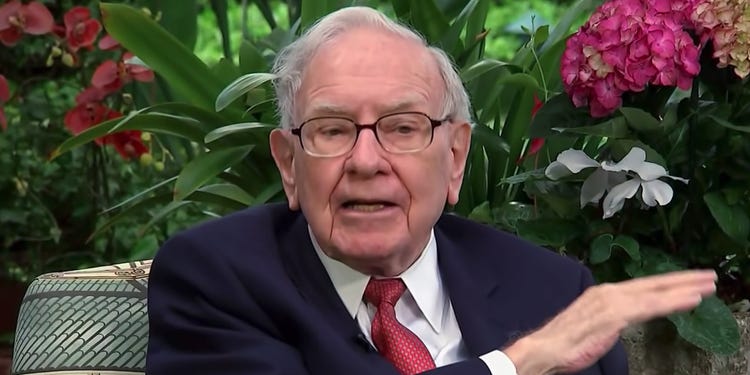 Warren Buffett is a major investor in Nubank, with his company Berkshire Hathaway owning more than $1 billion in shares. However, in front of the public, Warren Buffett has always said that he thinks crypto is worthless because it doesn’t produce anything. His actions are totally against his words, though. This shows no matter how influential a person is; you shouldn’t take their words at face value. If tomorrow, Buffett invests in an asset that bets on BTC going down, then you will know he is serious about his take on the crypto asset; otherwise not.

What are your thoughts as Warren Buffett-backed Nubank launches crypto trading? And do you also think that Warren Buffett has been a hypocrite in terms of his words and actions on crypto? Let us know in the comments below. Also, if you found our content informative, do like and share it with your friends.