Wendy’s Canada, a brand that was up till now known for its fast-food business like Frosty’s, is kow venturing out into the tech industry. News has it that Wendy’s is launching its own limited-edition smartphone, and that too, fully equipped with a “Hey Wendy” voice assistant.

Hey Wendy, Tell Me A Joke

The phone will be the first of its kind, coming from a Quick Service Restaurant, and its software will draw from Google’s own Android product. The Wendy voice assistant will be capable of doing all things other voice assistants do, from cracking a joke to setting the alarm.

The company has issued a statement announcing the upcoming product, saying that “there’s no way better” to click a photo of one’s food than to do it with Wendy’s. It also adds that the phone will have more megapixels on its front and rear cameras, than “the Baconator has bacon.” Yes, that’s exactly what the firm said. 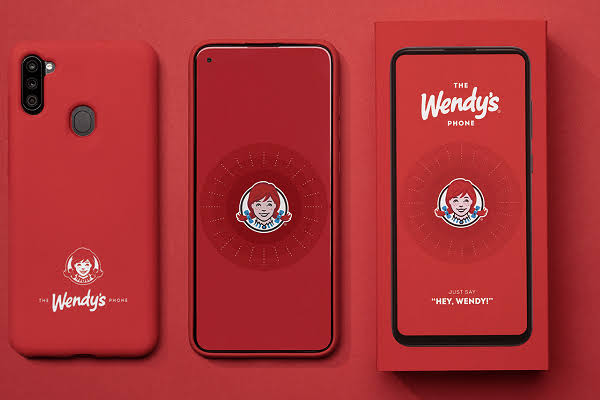 Also featured in the phone will be an integrated GPS, which will direct users towards the closest Wendy’s outlet. Battery life is another plus with the model, apparently, since the food chain says that it is “ample,” and can allow users to “watch Wendy’s ads, order Wendy’s,” or even watch videos.

The model features a triple rear camera, along with a rear fingerprint sensor and an HD+ screen that’s 6.4 inches in size. Pretty cool for the first model out of a fast-food restaurant chain, it seems.

A Contest to Win It

The company website also addresses some frequently-asked questions, claiming that they came up with the phone because they “just felt like it.” Also, news flash, the firm has announced that its phone is capable of making calls and sending messages, since “it’s a phone.” Moreover, users don’t need to take up any additional subscription to use the phone, since it is compatible with SIM cards and their wireless plans.

Wendy’s is sticking to its claim of keeping the model limited-edition, making only 20 such phones available. If one wants to get their hands on the device, they will have to enter a Twitter contest for the same, which ends on October 17 this year.

All you have to do enter the contest is to login to the Wendy’s app, then select your favorite order and “heart” it, following it up with a screenshot of the same. Then, post the screenshot to Twitter, along with the hashtags #Wendysphone and #Contest. Winners for the phone will be selected every day, or so the company says.