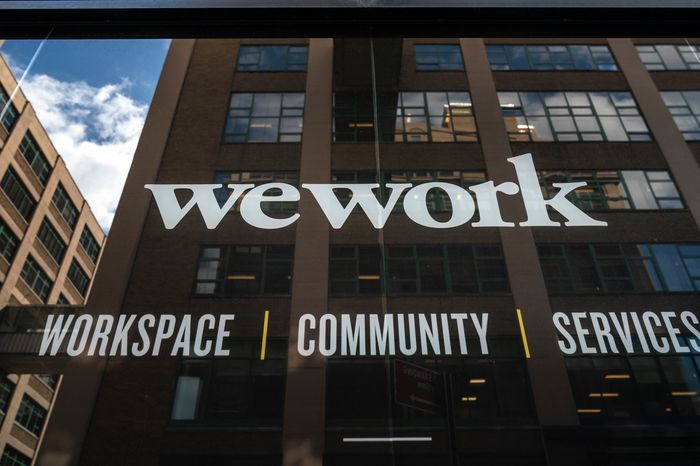 WeWork’s stock dropped more than 5% in after-hours trading after the company announced it will restate financials supplied in the process of going public and admitting a major deficiency in financial reporting control.

WeWork WE, a coworking space rental company, revealed in a filing with the Securities and Exchange Commission that it will have to file reworked financial information because it failed to properly account for some equity when it went public less than two months ago through a special-purpose acquisition company, or SPAC.

After the SEC clarified the regulations for SPACs, several firms who went public through a SPAC, including big-name SPAC targets like Virgin Galactic Holdings Inc and DraftKings Inc, were compelled to restate their financial information in a similar manner.

WeWork went public far later than those businesses, and after they had restated their financial statements. After joining with BowX Acquisition Corp., a SPAC that went public in August 2020, the stock began trading as WeWork in October.

The SPAC did not correctly account for some equity when it went public, and the mistake was not remedied in the run-up to the merger.

WeWork also revealed that the equity misclassification prompted its management team to conclude that it had a major vulnerability in its financial reporting oversight. In future filings, it will explain how it intends to resolve the flaw.

WeWork later wrote MarketWatch, claiming that the reference to a material-weakness notice was “a complete mischaracterization of what was filed with the SEC today.”

Multiple WeWork representatives argued over the phone that the material weakness warning and restatements only applied to BowX financials, not WeWork.

When WeWork and the financial vehicle officially combined on Oct. 20, BowX ceased to exist. Last month, WeWork attempted to restate past BowX financials without officially filing with the SEC — a so-called’small r’ restatement — but Wednesday’s filing indicated the SEC required a more serious treatment, including a material weakness warning.

“When the SEC told these guys that they had to do a ‘big R’ restatement, that’s when it includes the material weakness warning,” accounting expert and journalist Francine McKenna told MarketWatch.

“And WeWork owns the accounting as of Oct. 20,” she added.

Following the news, WeWork stock dropped more than 5% in after-hours trading, after closing with a 2.7 percent loss at $8.46. Since the merger, shares have traded between $8.02 to $14.97, valuing the firm at nearly $6.2 billion as of Wednesday’s close, according to FactSet.