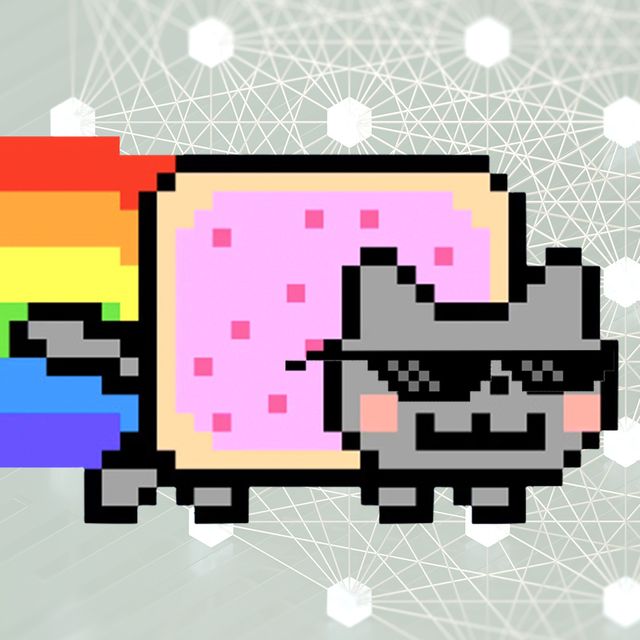 What are NFTs? Should you buy or avoid them?

Have you ever heard the word NFTs and wondered what are those? Well, if you have, then you are at the perfect place to learn about them. But before starting, we should know why are they getting so popular. The reason is simple: NFTs are based on blockchain technology. And as cryptos are taking the reigns of the financial industry, so are NFTs in the art space. The growth in the value of the transaction in non-fungible-tokens(NFT) has been huge. From just $250,000 yearly in 2019, it is almost $60 million markets right now. So, yes, let’s dive in to see what the hypes and crazes are all about.

Non-fungible-tokens are a way to sell art or basically anything online. After being sold, the product is made the buyer’s property with a unique signature that proves their ownership. Before the arrival of this technology, it was impossible to own anything without having it physically present with you. But now that’s not the case anymore. One can literally sell the rights to anything through this medium. Even tweets are going on sale, Jack Dorsey, the founder of Twitter, set up his first-ever tweet as an NFT, and the current bid is $2.5 million. The NFT market continues to grow, with new investors jumping on board every day. You can make big bucks by investing in this lucrative industry through nft profit.

Many artists also see NFTs as a valid way to make money. Now they don’t have to go to stores or exhibitions to sell their paintings or any other digital art they might have made. Rather they can just register it as an NFT and sell it to whoever bids the highest amount.

Now, taking a little more technical route, “non-fungible” basically means unique. That means if you plan on trading your token, you won’t get the same thing. It’s basically like trading pokemon cards with one’s friends. You give one, and you get something else, and the deal is closed. To understand it better, you can take the example of any cryptocurrency like Ethereum. Let’s say, if you trade it, you can get Ethereum back. This makes it fungible or not unique.

Most NFTs are traded on different platforms, one of the most famous of which is again Ethereum. Various sites provide the option of buying NFTs after you connect them to your digital wallet. The wallet must have funds, and you are basically exchanging them for a single token that proves your ownership of the product.

Why do people buy NFTs?

NFTs trigger the human side of people to have a sense of ownership of something. It doesn’t have to mean anything, but it could be important to that person, and they would be ready to pay thousands and even millions for that feeling. Just some time back, an individual paid $6.6 million to own a nude painting of Donald Trump. If this doesn’t mean that sense of ownership is something to people, I don’t know what is.

Yes, for an average person, they can just google and download the same clip that someone paid millions of dollars for. But the NFT doesn’t let you download the unique signature that identifies the new owner of the art. And it’s not just art; people can literally sell anything in the form of this newly embraced technology. It could be music, videos, photos, digital paintings or something else. The point is it’s all about passing the ownership of a product from one person to another. You could even call it a more advanced version of copyright.

Another reason for buying NFTs is their perceived value. Some invest in it because it could be worth a lot someday. It’s like buying shares or rare collectables just in a more abstract or, let’s say, digital format. As blockchain technology becomes more advanced and widely accepted, it will also promote NFTs even further.

The value of Non-fungible tokens

Value is perceived in the eyes of the buyer. What this means is that you can be willing to pay $6 million for the gif of a cat because you like it, but for someone else, that could mean jack. In general, the market of NFTs is not based on the fact that the art you buy will be of more value in the future. Rather it is based on the simple understanding that people like to have a sense of ownership, and rich people would pay to have that feeling. NFTs also have data about a digital art form that cannot be generally downloaded from the web. This data could include who made the art form and anything else they would like you to know about it.

But yes, you can obviously buy NFTs based on the fact that you think they will be worth millions in the future. But this is a niche scenario, and not everyone will be lucky enough to find something so valuable for a mere fraction of its actual future worth.

The problem with NFTs

It’s not black and white but grey with this new form of digital trading. Many believe that they are living in the hype and won’t be worth anything after the hype goes away. It is speculated that the price of NFTs is really dependent on the craze of cryptocurrencies. This speculation is based on the fact that the trading of these non-fungible tokens and their worth has increased significantly with the rise of prices of digital coins. This doesn’t mean that even if cryptos don’t crash, they will stay valuable.

I am trying to focus on the fact that value is perceived, and the nature of the items sold as NFTs are very abstract. The idea of not having a physical form of art with one can seem okay to some, but it would mean a vague sense of ownership for most. Even after paying for the entire thing, you do know that people are downloading it and using it for free. Well, that feeling ought to have some impact on the market in the long run, at least, in my opinion.

But it is definitely an opportunity for artists. They have nothing to lose from this newly adopted form of acquiring or collecting art. One can avail serious benefits and earn a lot by selling digital art as these unique tokens. Moreover, it is not just a one-time thing. What that means is every time your NFT gets resold, you will receive some part of it. So, what you sold for $2000 today is worth a million tomorrow; you will also enjoy the benefits of that fame.

A 50-second clip worth $400,000? Could you believe it? Yes, or no, that is the truth. One of the videos of the musician grimes sold for that much—fun fact: The clip of the video is available online for anyone to watch. And then there comes the famous tweet from the founder of Twitter, Jack Dorsey. His first tweet with the highest bid of  $2.5 million says, “just setting up my twittr”. Some other digital arts that sold more millions are the Artist Beeple’s work crossroad, and the digital collage Everydays has a bid of $3.5 million.

And it’s not stopping there. You can imagine how special will be the winning dunk of an NBA game for fans. Apparently, it’s worth over $200,000. The NBA has sold several clips of the games they had and made over $230 million on these transactions. Even Indians are getting in the game and have started to explore the new form of art selling.  A digital artist Siraj Hassan based in Chennai, sold his animations in NFTs. Another digital artist Amrit Pal Singh sold the “toy face” of various celebrities for 22 Ethereum coins.

I hope now you have thorough knowledge about what are NFTs. Now tell us, what do you think about the same? Does it make sense to invest millions in art forms just for the sake of a digital signature? Let us know in the comments below. Also, if you found our content informative, do like it and share it with your friends.