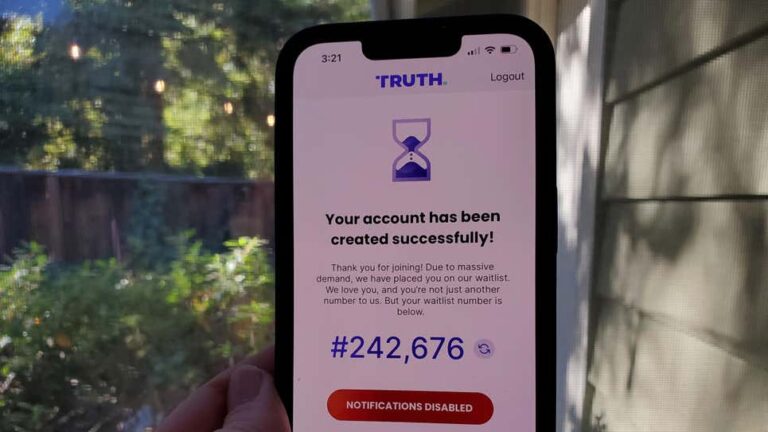 Truth Social, a new social media app from former President Donald Trump that claims to be “free from political discrimination,” had its public premiere on Apple’s App Store on Monday in honour of President’s Day. The software, like many other things in Trumpland, was sloppy and riddled with problems.

Former Republican Rep. Devin Nunes, CEO of Trump Media & Technology Group, revealed on Fox News on Sunday that Truth Social would be available in the App Store this week, with a goal of being fully operational in the United States by the end of March. According to Reuters, the software went live shortly before midnight on Sunday and was immediately downloaded for customers who had pre-ordered it in the App Store.

The software quickly climbed the App Store charts, eventually attaining the top spot in the social networking category on Monday. In this case, though, being first does not always imply being the greatest. Users were unable to register and were placed on waitlists, according to reports. Indeed, as one Twitter user noted, customers couldn’t even read about what they were signing up for because the terms of service website was unavailable.

On Monday, the following were some of the most frequently reported issues and concerns with Truth Social. Given the number of issues with the app, this is not an exhaustive list.