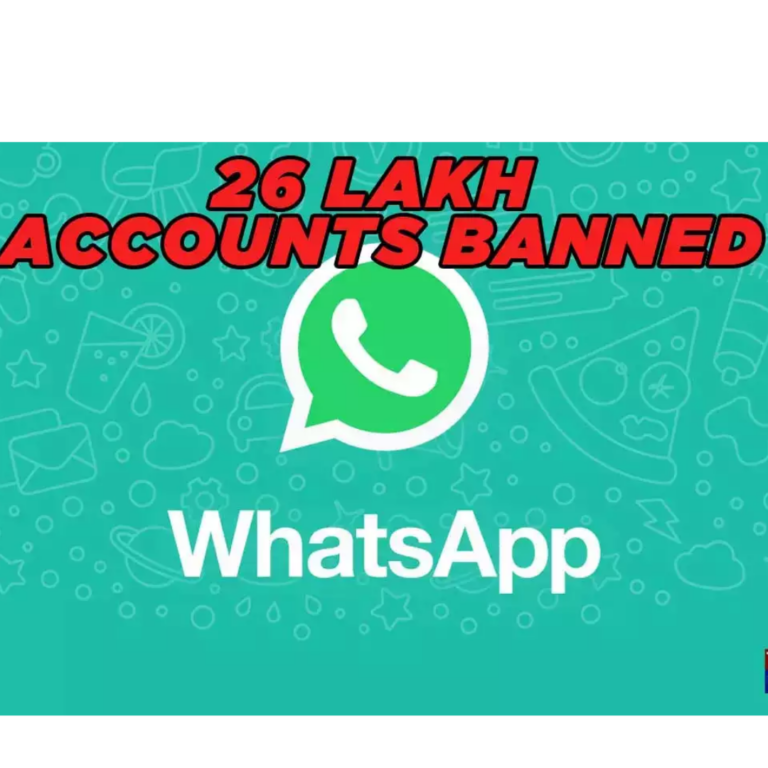 According to the new IT Rules, 2021, that are currently being changed to place bigger obligations on social media platforms like WhatsApp.

On Tuesday, meta-owned WhatsApp, owned by Facebook, claimed that it blocked approximately 26 lakh accounts in India.

The messaging service, which has close to 500 million users nationwide, received 666 complaint reports in India in September, with 23 among those records being “acted upon.”

“In accordance with the IT Rules 2021, we`ve published our report for the month of September 2022. This user-safety report contains details of the user complaints received and the corresponding action taken by WhatsApp, as well as WhatsApp’s preventive actions to combat abuse on our platform,” a company spokesperson said.

In August, the platform in India banned nearly 23 lakh malicious accounts. In addition, major digital and social media sites with more than five million users must provide monthly compliance reports under the updated IT Rules 2021. The Ministry of Electronics and IT has announced several revisions aiming at defending the rights of “Digital Nagriks” in the meanwhile, as part of a major drive towards an open, safe, trusted, and accountable Internet.

Social media intermediaries are only required to warn users about not uploading a limited range of harmful or illegal content at this time.

As a result of the amendments, intermediaries are now required by law to make reasonable efforts to stop users from uploading such content.

The Ministry conducted a thorough public consultation process that included input from all interested parties before notifying the public of the amendments.

The new provisions will be ensuring that the intermediary’s obligation is not a mere formality. “Between 1 September 2022 and 30 September 2022, 2,685,000 WhatsApp accounts were banned. In addition, 872,000 of these accounts were proactively banned before any reports from users. An Indian account is identified via a +91 phone number,” Whatsapp commented.