WhatsApp takes a step back, says no policy changes till May 2021 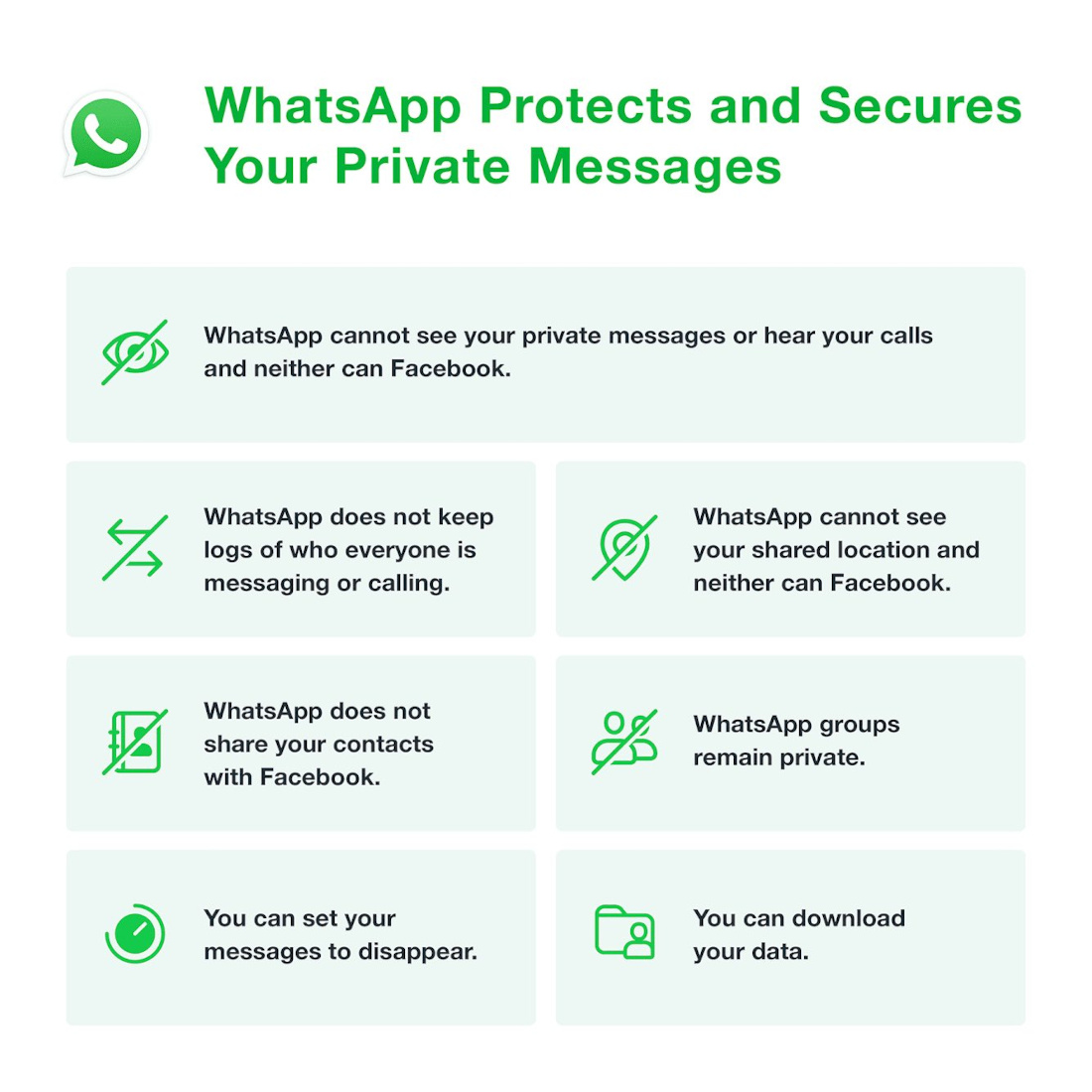 As we are all aware of the recent policy changes in the world’s most popular messaging service, WhatsApp which apparently created a lot of confusion regarding its integration with the parent organisation, Facebook, that how the new terms of service will share user information with Facebook.

As analysts have reported, this time around, WhatsApp’s terms of service and privacy policy changes have been very complicated for a common person to understand and this is one of the major reasons why critics and users are criticising the new changed on Twitter and other social media platforms. One more big reason for such a massive pushback was the messaging service company’s conditional implementation to accept the new policy changes before February 8, 2021, in order to continue usage of WhatsApp account. This means that if a user chooses not to agree to the latest terms of service, he/she will not be able to use WhatsApp services, the account may get terminated.

This condition provoked the privacy activists and critics online that how can a company that claims to be end-to-end encrypted, share user information with any other platform, even if it is its own parent organisation.

Following the confusion, WhatsApp has recently announced on Friday that it is delaying the implementation of the new terms of service and policy changes which triggered a backlash from users across the globe. The new date set for the said policy changes is now shifted to 15th May 2021.

As activists and users triggered the revolt on social media platforms, WhatsApp clarifies the confusion by saying that these changes in the terms of services and privacy policies are necessary to help businesses and start-ups that use WhatsApp Business for official/unofficial purposes.

Following the global backlash, users have started switching from WhatsApp to other instant messaging platforms such as Signal and Telegram that have reportedly recorded a significant jump in adoption rates within just 72 hours of WhatsApp’s new policy change announcement.

Most recently, Signal became one of the top downloaded applications in India, both on Apple App Store and Google Play Store. India is one of India’s biggest markets with over 400 million monthly active users. Reports suggest that new downloads per month are declining but the platform surely has a loyal user base.

This is the reason why WhatsApp had to forcefully shift its policy implementation date from February 8, 2021, to May 15, 2021.