Why Amazon Will Likely Make a Massive Move into Crypto?

Recently, there has been a lot of rumor and conjecture in the crypto and mainstream media about e-commerce behemoth Amazon entering the crypto-space by accepting a limited number of cryptocurrencies as payment choices. While it’s very clear that Amazon will do so in some form soon, Amazon’s crypto ambitions appear to be far larger and might have a beneficial impact on small company owners in the near future.

Amazon has already begun to experiment with cryptocurrency.

The company’s global, cloud-based infrastructure platform online is known as Amazon Web Services (AWS). Thousands of businesses pay Amazon billions of dollars a year to “rent” access to its network rather than create their own.

Amazon’s AWS serves as the network backbone for a large portion of the bitcoin world. AWS presently supports “25 percent of all Ethereum workloads in the globe,” according to the blockchain description page for Amazon. Ethereum is the second-largest cryptocurrency by market capitalization, right behind Bitcoin. Ethereum, on the other hand, is more than just a digital currency. 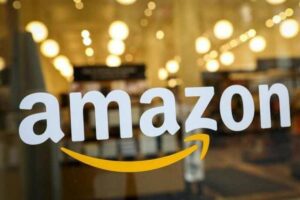 As of this writing, the Ethereum blockchain is home to over 2,400 decentralized applications or Dapps. These Dapps are similar to apps on your smartphone. Data security, insurance, physical property, social media, music, movies, health information, identification, marketplaces, finance, gaming, bill payment, and many other facets of life are all touched and improved by them.

For example, you’ve probably heard of non-fungible tokens (NFTs), but you might not realize that the Ethereum blockchain network powers practically the entire NFT ecosystem, from concept to commerce. That network also features a digital currency called Ether, which offers faster payment processes than Bitcoin and is transitioning to a more environmentally friendly manner of crypto-mining.

The “London hard fork” is a series of substantial programming enhancements to Ethereum’s network that will significantly reduce transaction costs and turn it into a deflationary asset. These enhancements raise Ethereum’s utility and value even more. Ethereum has a lot going for it, and Amazon AWS is presently the Ethereum ecosystem’s underlying basis.

Defi is the future of banking and financing for small businesses.

Decentralized finance, or Defi for short, is one of the fastest-growing sectors of Ethereum. Traditional banking and finance are being replaced by Defi. Defi is a system that uses blockchain-based software (also known as smart contracts) to allow direct peer-to-peer purchasing, selling, lending, and borrowing without the need for bankers or brokers to take a cut.

All in all, I predict Amazon will begin to take some crypto payments for its retail webshop before the end of 2021. The strategy could save Amazon hundreds of millions of dollars in credit card processing fees each year, drastically reduce credit card chargeback risk, and reduce fraudulent transactions using blockchain payments.

Amazon already has a digital currency of its own.

You might not realize it, but Amazon has its own digital money that has been around for years. AmazonCoins is the name of the cryptocurrency. While the tokens can only be used for Amazon-hosted gaming and apps at the moment, they are already in use and have traction within the Amazon ecosystem. Expanding it into a loyalty token for Amazon Prime members and then launching some form of it publically, in my opinion, is a very possible scenario.

Amazon has a sizable early adopter base.

As of Q1 2021, Amazon had 250 million Prime members worldwide. Members receive free two-day shipping on all Prime purchases. If Amazon introduced a cryptocurrency coin/token or blockchain, many people would undoubtedly embrace it.

Amazon is well-known and well-respected all around the world.

Amazon is one of the most trusted companies in the world, according to a new study. The company is only three positions behind PayPal in this ranking and is more trustworthy than Visa or Mastercard. Amazon already has a quarter-billion Prime members who trust them with their credit cards.