Why Is Shibarium Important For SHIB Investors?

Shiba Inu, a dog meme-based token with a devoted following, is getting ready to launch yet another significant platform. The project’s creators aren’t willing to let the token become just another sh*tcoin that loses value once the hoopla dies down. Shibarium is set to launch soon.  Shiba Inu’s layer 2 solutions released soon, according to ShibaSwap creator Eric M on Discord.

Shibarium is set to launch soon 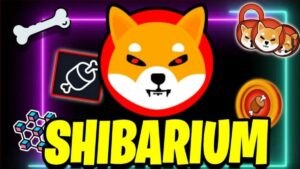 Camila Rocha, a crypto enthusiast on Twitter, shared a few screenshots from Shiba Inu’s Discord chat in a tweet. The debut date for Shibarium, a layer 2 solution, has not yet been announced, although the developer believes that the project will launch “soon.”

“Those that put their faith in the enterprise before the swap was successful afterward… When you trust a project, you don’t need a timeframe. Shib has always worked in this manner and will continue to do so in the future “announced the developer

Satoshi Kusama, the project lead for Shiba Inu, also commented on the future projects planned for the meme currency in the tweet below.

Shibarium was first presented in a Medium article by Ryoshi, the developer of Shiba Inu. “Shiba will have its l2 soon (and no, we are not cooperating with or having zero association with Matic as rumor Bois tried to spread, they are way too centralized and always will be),” Ryoshi added.

SHIB is an ERC-20 currency, so it is affected by the high costs and congestion of the Ethereum network. On the other hand, layer 2 solutions, like Shibarium, will reduce Ethereum’s massive costs. This will be tremendously beneficial to Shiba Inu as the SHIB project moves closer to the NFT, gaming, and metaverse sectors.

To provide the layer 2 solution a fresh start, the Shibarium project will use the BONE token as its native token, rather than LEASH or SHIB. SHIB token holders will have the opportunity to mint the BONE token through a method that will be introduced at the platform’s debut.

The launch of  Shiba Inu a stable coin with a value of one cent is the next step for Shiba Inu. It is anticipated to launch following the completion of the Shibarium project.

“The ultimate goal is for SHI (which runs on both ETH and Shibarium) to become a global stable currency that ordinary people in all countries may use as a store of value and a form of payment,” Ryoshi wrote in his blog.