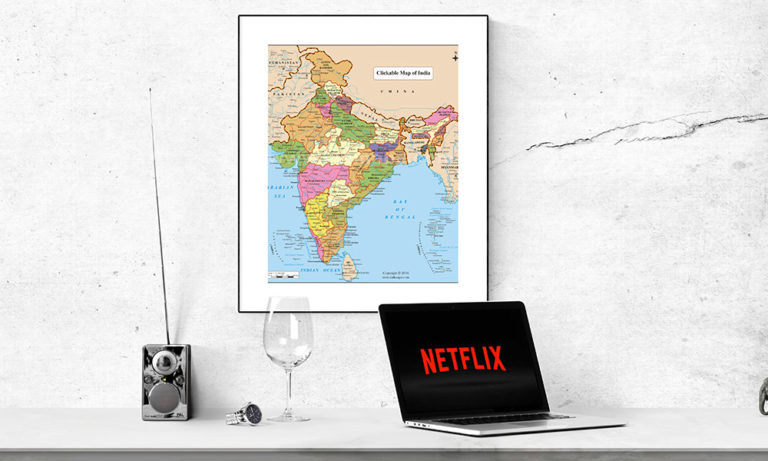 Why Netflix Struggles in India – Thoughts and Analysis

Netflix is undoubtedly one of the world’s best video streaming service providers. The content and its quality are unbeatable and it has been enjoying the leadership since long until it planned to enter the second most populated country in the world, India. In 2016, Netflix launched its operations in India, and since then, it never enjoyed the feeling of “Top Video Streaming Service” in the country.

Notably, Amazon Prime was also launched in 2016 along with Netflix, but it enjoys roughly around 5% of the Indian video streaming markets. This brings us to the question why Netflix is struggling in India. It’s been just two years and business of this scale can take anywhere between 2-5 years to settle down.

But in two years, it is easily possible to decide the direction of the company. We have surveyed, researched, and analyzed certain points because of which Netflix is not performing well in India.

If you are offering your service to a country of almost 1.25 Billion people, less price high volume is the key to success. Netflix, from day one, has been the most expensive video content provider in the country. The local competitor HotStar currently enjoys almost 70% of the market share and most of its content is either extremely cheap or free to watch.

The new contender Amazon Prime also offers its services for as low as INR 129 per month or INR 999/per year. Netflix fails to understand the Indian audiences’ psychology. Bigger the market size, lesser the prices, but that’s not something Netflix is doing. When Netflix was launched, it was hugely hyped and almost half a million Indian users subscribed to it, but the figure never went north since then.

Another notable thing about Amazon Prime membership is that a user enjoys the privilege of Prime, Amazon’s e-commerce platform, and Amazon Music. With just one subscription, you get the benefit of three. No one’s going to miss that.

Netflix undoubtedly has an extensive library of video content, but it seems that they again failed to understand the Indian taste and preferences. Even before the launch in India, Netflix was quite popular in the country. The problem was that it was famous as an elite service provider, which again biased the Indian audience that elite is equal to costly.

This bias was proved correct with the pricing that Netflix offered. Coming back to the point, Netflix has a vast range of shows, movies, and series in English. But, it failed to provide content in local languages. Once in a while, a user prefers to watch English or International content. But, at the end of the day, a viewer will always like to watch content with which he can connect, and that’s only possible with regional content in local languages.

Netflix failed to deliver entertaining content in languages and most of its shows and movies are in English. They certainly launched a few hits in Hindi, but again, looking at the price, very few will subscribe to the service for one or two series.

On the other hand, Amazon Prime did a great job. They have English content, as well as enough local content. They also bought rights of certain Hindi TV shows that people watch on TV. This way, they were able to target TV viewers, as well as new subscribers for their exclusive shows.

As mentioned above, HotStar enjoys 70% of the Indian Market share in online streaming services. But, HotStar is not the only company, in total, there are approximately 35 different video streaming services in India. Video streaming is extremely new in the country and people are more comfortable with DTH channels they view on TV.

Local companies already have an edge over Netflix because most of them already own DTH channels, and they understand the preferences and psychology of Indian audiences. Netflix is still trying to learn the Indian mindset and then provide content accordingly. The early mover always has the most extended advantage and so far, it looks like Indian companies have that.

After launching Amazon Prime, the company went on full-fledged marketing. It was all over the newspaper, hoardings, TV advertisements, Amazon website, and everywhere. Netflix too was all over the news at launch, but later on, they went moderate on marketing. Netflix isn’t a startup; it has millions of dollars in reserve, and they can easily afford an aggressive marketing campaign.

The lack of marketing played a vital role in the struggle. Whether it is India or any other country, people forget you if they don’t hear about you frequently. Amazon Prime and other service providers are still marketing their services and getting new subscribers daily. On the other hand, Netflix still has a lot of ground-work to be done.

The word-of-mouth marketing is quite less for Netflix compared to Prime and HotStar. That again can be related to the lack of content. People usually discuss shows and movies when they meet, but if you don’t see something interesting on Netflix, you don’t have much to talk about. Apart from a couple of exclusive series on Netflix, there wasn’t much of a buzz about it.

It may be that Netflix is doing its homework of understanding the Indian market trends and waiting for this new market to mature. They might have some aces up their sleeves that may surprise everyone. Only time can tell.

(Disclaimer: This is a guest post submitted on by Jignesh Padhiyar, the co-founder of iGeeksBlog.com. All the contents and images in the article have been provided to Techstory by the author of the article. Techstory is not responsible or liable for any content in this article.)

Jignesh Padhiyar is the co-founder of iGeeksBlog.com who has a keen eye for news, rumors and all the unusual stuff that happens around Apple products. During his tight schedule, Jignesh finds some moments of respite to share side-splitting contents on social media. He frequently likes to write on topics that spark serious concerns about regular things we do.