Will Twitter face bankruptcy? Read to know more! But according to former and current employees, after Musk took over the company, he refused to pay back travel vendors for those bills.

As Elon took over Twitter, many staff have witnessed rising criticisms against the platform. Before Elon acquired Twitter last month the company’s executives had racked up hundreds of thousands of dollars in travel invoices that the social media service planned to pay.

But according to former and current employees, after Musk took over the company, he refused to pay back travel vendors for those bills.

According to staff, services were guided by the former management team and not by Elon. Elon’s staff simply just avoided phone calls from several vendors.

Musk’s entry into the platform has ended several staff’s jobs and profiles. He recently cut half of his company’s employees. A total of 7500 employees were fired on Monday. 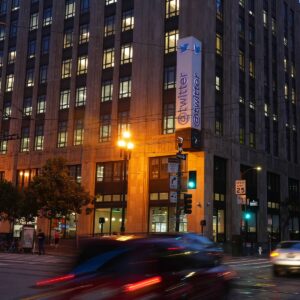 He also executed a thorough inspection of every sort of cost that took place in the company. He guided his staff to review, negotiate again and in some cases not pay Twitter’s outside vendors at all.

Musk has trained his views on computing costs that fund Twitter and its underlying infrastructure including travel expenses, software services, and the luxurious in-office cafeteria. Twitter has stopped its spending but still many complaints have been filling up from some dealers who are expecting millions of dollars from the platform.

This shows how much pressure Twitter is under. Earlier, the company took almost $13 billion in loans to buy out the social media platform. In addition, the interest on the loan amounts to more than $1 billion.

Twitter has before struggled with financial problems. The platform even lost money after trying to keep up with its rivals – Facebook and Google. Some advertisers have halted spending on Twitter as they consider Musk’s ownership.

Musk has told Twitter employees that “the economic picture ahead is dire” and that bankruptcy might be written for the company.

Meanwhile, Twitter’s former leaders are trying to get the company back again through different ways like making a live video or voice notes to degrade Elon’s views. But this didn’t stop Elon as he brought in allies from his other companies including Antonio Gracias, a longtime confidant and former director of electric carmaker Tesla; Jared Birchall, the head of Musk’s family office; and Steve Davis, who leads Musk’s tunneling project, the Boring Co.

Twitter’s finance team, which has been drastically decreased, has been advised to go  through company expenses and employee expense reports “line by line.”

They have been requested to particularly make sure that workers and their expenditures are for “real people and real expenses,” they said