With Multiple Major Victories to Its Name, The L2 DEX QuickSwap Turns One 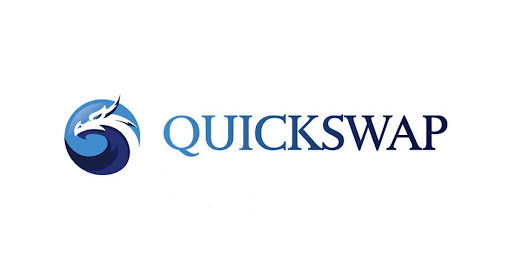 Decentralized exchanges (DEXs), ever since their launch have been pivotal to the success of DeFi. They became quite the rage among crypto enthusiasts with most users migrating to DEXs to experience what true ownership of assets felt like. But, what was supposed to be a good experience quickly took a u-turn presenting users with challenges like high gas fees, network congestion, and low transaction speeds.

A year ago, however, emerged a brand new decentralized exchange called QuickSwap that not only promised but also delivered the wonderful user experience that was initially expected of DEXs. This is why the DEX became the new favorite among DeFi users and is growing from strength to strength every day. Here’s an insight into the workings of QuickSwap and how it managed to win over DeFi users in the span of a year.

On DeFi’s most popular DEX Uniswap, the gas fee for transactions can go as high as $40 sometimes. This is because Ethereum, the network Uniswap is built on, wasn’t built with a large user base in mind. So naturally, the network gets congested every time there is a high volume of users, and gas fees skyrocket. The network became a victim of its own success.

On the other hand, we have QuickSwap, a newly emergent layer-2 DEX built on the Polygon network. For the uninitiated, Polygon is now almost synonymous with the terms scalability, speed, and affordability. What started as a sidechain solution to Ethereum, grew to become a network of its own with an ecosystem of over 500 decentralized applications (dApps).

Being built on Polygon, QuickSwap is in a unique position to benefit from the network’s unique qualities, and the fact that it is layer-2 makes a world of a difference. Users of QuickSwap are treated with high transaction speeds with nearly zero gas fees thanks to the increased scalability. For reference, a fast transaction that could cost $40 with Uniswap costs only $0.00001 if done with QuickSwap. Now, this was the experience DeFi users always yearned for and now they got it.

QuickSwap Wins Over the Market

Given its innovative features, it surprised no one that QuickSwap quickly became the new favorite DEX of the DeFi space. Within three months of launch, QuickSwap’s native token QUICK surged from under $1 per token to $557 and touched its all-time high of $1669 in April this year. This was quite the remarkable feat for a token so new. QUICK is now valued at $382.36 per token and is the first-ever layer-2 DEX token to be listed on Chainlink. The token was also listed on the Binance Innovation Zone in August this year.

Apart from this, QuickSwap began the year with a TVL (total volume locked) of $300,000 and saw a surge of over $75 million by March 2021. Now, after nine months, the TVL on QuickSwap stands at $653.96 million and is the leading layer-2 DEX by daily trading volumes.

In August 2021, QuickSwap’s Dragon Syrup staking program was launched and became quite the rage with stakers taking away millions in staking rewards. Recently, however, as a cherry on the top came the official recognition from Polygon itself. Polygon granted $1 million in MATIC to QuickSwap to provide liquidity for dual-farming of select crypto pairs and promote the adoption of the DEX. If the previous stats are to be believed, funding like this could supercharge QuickSwap and propel its success in the next few months.

How QuickSwap Can Transform DeFi

A layer-2 DEX that is easily accessible, superfast, and affordable is a blessing in disguise to the DeFi ecosystem. QuickSwap not only provides a solution to the long-standing problem of scalability of DEXs but also creates a user experience that could draw in millions of new users. Mass adoption of QuickSwap will automatically translate to the mass adoption of DeFi, taking the industry itself to new heights.