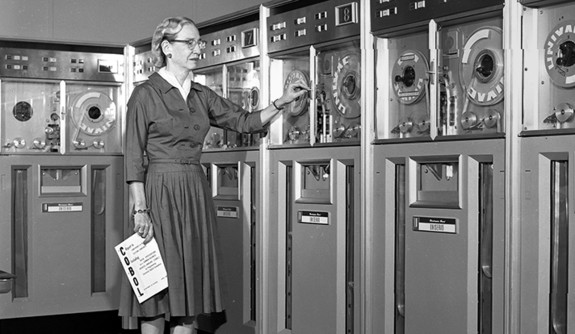 “Women in Tech” Conquering Stereotypes and Trending on Twitter Technical Space sharing between Males and Females.

We all are familiar with the number of women working in the tech industry as compared to men. A study has shown how 20% of Computer Science professionals are women. https://www.computerscience.org/resources/women-in-computer-science/#:~:text=Only%2020%25%20of%20computer%20science,and%20that%20diversity%20drives%20innovation.Yesterday on 8th March – International Women’s Day #WomeninTech was trending on Twitter. Various posts were being shared in regard to women who took the plunge to go against gender bias and stereotypes and made the world ponder about Women’s Intelligence.

Lisa Su President at AMD wrote about her teachings and encouraged her 93.4k followers to work their way out with opportunities.

An early mentor told me to run towards problems, because that’s where you’ll find opportunity. At @AMD, we #ChooseToChallenge every single day. Celebrating today our amazing @AMD women and committed to support inclusiveness in tech. Happy International Women’s Day! #IWD2021 pic.twitter.com/k7LiIAOWzb

But was this always that women were behind in technology? Why is this stereotype with Computer Science and masculinity rigidly attached? Women have a long history of computers but unfortunately, it is not talked about much. Today women are pioneering and trending on social media with their work in this field They are excelling to break the social stigmas. But the real trendsetters who didn’t even get acknowledgement are back in the time. Lets deep dive and get to know about them.

Ada Lovelace-Born in 1815  Lovelace is known for her mathematical ability and she is considered as the first computer programmer(Collaborated with Charles Babbage).

Katherine Johnson; Dorothy Vaughan; Mary Jackson -These three women are recognised for their mathematical and Computer work during Space Race in the US. Early in her career, Katherine jOhnson was called a “Computer”. With her understanding of the subject, she helps NASA to put an astronaut in an orbit.

Dr. Grace Hopper – One of the 1st Programmers on Harvard1 Computer(1958). Hopper is known for her computer programming. She is the person who invented the first linkers. Even helped develop COBOL.

During World War II it was noticed that women were more given Software related Jobs because men had to go and fights. It was required for someone to fill in-office positions. After this during the period of 1960-1984 women were hired as programmers due to the sexist ideas that the real work is hardware and software can be handled by women . This was later when Men developed into the programming field and refused to educate women in it. Computer agencies had slogans claiming that women have human errors and can’t work as programmers. This further created a large gap between Women and Men in the technological field.

Gradually, these biases are being shattered now and we can see a few amounts of women popping up.

Some Leading Ladies in Technology Today-

Brenda Laurel – Brenda Laurel has a doctorate degree in video designing. She is known for developing ‘Virtual reality’

Marissa Mayer- Founded Sunshine Contact; Served as President and Cheif Executive Officer of Yahoo. She was also the spokeswoman for Google.

Lisa Su- Awarded as World Leaders in Fortune; Su changed the history of ASD and is the Director of the Company.