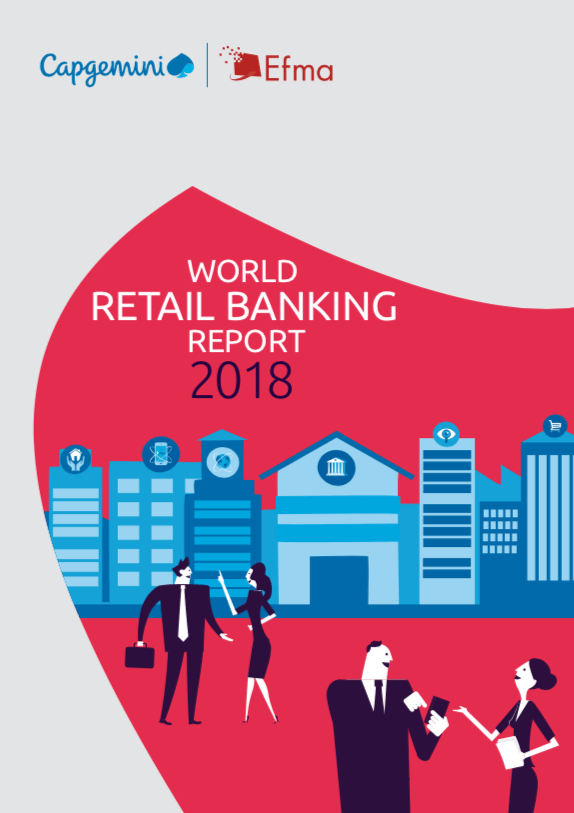 The report finds that:

The report also surveyed banking executives about the main causes of industry disruption. The most-cited factor was rising customer expectations, with nearly three out of four executives (70.8 percent) stating that positive experiences in other sectors mean customers now expect more from their banking provider. A majority of executives (58.3 percent) also said that regulatory pressure was a cause of disruption, while 54.2 percent identified the increasing demand for digital channels as a factor. As lines between traditionally different industries now start to blur, banks now face increasing competition from non-traditional firms who are targeting niche areas of the banking value chain. Also, increasing digitization and explosion of new technologies are rapidly changing the banks’ ways of working.

Anirban Bose, Chief Executive Officer, Capgemini’s Financial Services Strategic Business Unit, said, “With FinTechs, BigTechs, and other non-FS firms finding their place in the market, retail banking today is all about the customer experience when interacting with their financial institution. As a new, open ecosystem – comprised of customers, traditional banks, non-traditional firms, regulators, and developers – takes shape, there is now a clear opportunity for banks to leverage digital transformation to retain customer relationships by re-inventing the customer journey and creating new revenue streams.”

Despite the reality of growing regulation, non-traditional competition, emerging technologies, and customer expectations, banks are not powerless to use change to their advantage. A significant majority of banking executives (70.8 percent) think they can ‘generate non-traditional revenue’ via collaboration with FinTech and BigTech providers, whether to develop a new service or distribute third-party products via a marketplace platform. Most banks believe there are untapped opportunities to make more strategic use of data to improve the customer experience: executives said they plan to use customer data to create smoother customer journeys (87.5 percent), develop relationship-based pricing (75.0 percent), build personalized loyalty rewards (58.3 percent) and create lifecycle-stage products and services (54.2 percent).

Vincent Bastid, Secretary General of Efma, said, “The retail banking industry is at an inflection point and needs to determine its role going forward in the open banking ecosystem. There is opportunity to innovate through collaboration as well as reinvention. It is an exciting time to be in banking as regulation, innovation, competition and collaboration merge to form the bank of the future.”

This year’s World Retail Banking Report charts the current perspectives and potential evolution of traditional banks amid the continued emergence of BigTech and FinTech players in the financial services space. It features data from a global survey of more than 10,000 retail banking customers in 20 countries, and interviews with 60 senior banking executives across 23 markets.