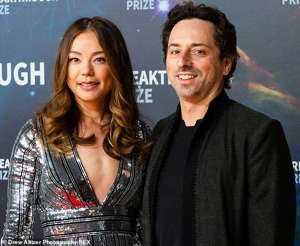 According to reports, billionaire Sergey Brin is set to divorce his partner of four years, Nicole Shanahan. The co-founder of Alphabet’s Google, aged 48, has filed documents to ultimately end his marriage to wife Shanahan this week. He married the entrepreneur and attorney in the year 2018.

The world’s sixth richest individual, Sergey Brin reportedly filed the divorce papers in January this year, as he cited ‘irreconcilable differences.’ The two had been married for four years before separating.

According to speculations, Brin and Shanahan began dating sometime in the year 2015, and went to marry each other in a low-key ceremony three years hence in November, 2018. As stated in court filings, the couple have been separated since December in 2021, and share a daughter, born in 2020.

As specified by reports, the co-founder of the search giant is seeking joint custody of the couple’s two year old daughter. Moreover, reports also specify that he does not essential seek spousal support from entrepreneur Shanahan. Additionally, he asks that she would not be rewarded that support either. The filings in Santa Clara, California revealed this aspect of the case.

“Because of the high-profile nature of their relationship, there is likely to be significant public interest in their dissolution case and any potential child custody issues,”

Prior to marrying Shanahan, the billionaire to Anne Wojcicki, the co- founder of 23andMe. They got divorced in the year 2015 and are co- parents to their two children. On the other hand, Brin’s second wife, Shanahan is Bia- Echo Foundation’s founder, which is a fund dedicated to environmental and social justice causes. Till now, she has been quite open regarding her struggles to conceive a child while married to Brin.

Reportedly, Brin is current net worth is $93 billion, making this one of the most expensive divorce ever right after that Elon Musk, Jeff Bezos and Bill Gates. Microsoft co- founder’s split from his wife Melinda French Gates took place last year, making headlines.

Brin and Shanahan’s shared assets are set to be divided in their divorce. Moreover, reports additionally stated how the couple bought a Malibu estate worth $13.5 million just prior to the dissolution of their marriage. However, the filing from Santa Clara does not exactly indicate as to which of their asset they own jointly, and how they are set to be divided among them.