WWW source code sells as an NFT for $5.4 million

The NFT was minted on the ETH blockchain network and went on auction on 23rd June for a starting price of $1000. Tim and his wife conducted the auction at Sotheby’s, which has gotten really famous for costly NFT sales. Do note that the buyer of the NFT was unknown, and the entire transaction happened through the auction house. The NFT had four main components. The most important and the 1st one is the time-stamped code that was actually written. Secondly, we have a visualization of the code that is an animated video of the code being written by Tim. Then, we also have a letter written by Tim Berners and a digital poster of the code made by him. The letter had Tim explaining the code and talk about many interesting things.

Is the internet now owned by a random person? 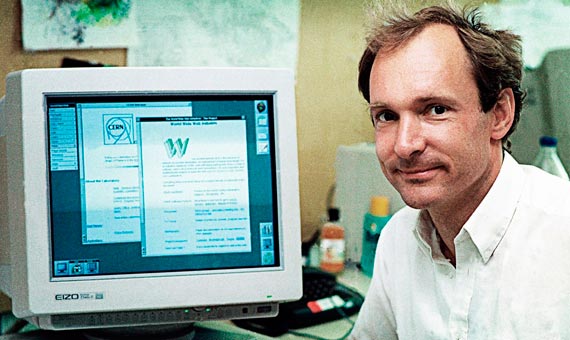 You might be wondering if the person who bought the NFT now owns the entire WWW network. If that’s you doubt, it’s not the case. When Tim created the World Wide Web, he never patented his invention, nor did the company he worked for at the time. The world wide web was put on an open domain for everyone to use. So, suddenly it’s not that the internet will cost something to use or to follow links.

The person who bought the NFT didn’t actually get the ownership of the web. What he got is the picture of the code’s visual representation signed by him. Since it is the only signed copy of the code, that makes the same thing special and expensive. So, don’t worry, guys, the web is free to use and will continue to be so forever.

Well, I figured if I talked so much about the WWW NFT, let me even explain what they are. NFTs or non-fungible tokens are a digital medium to sell ownership of anything online. Once the thing you want to sell gets minted (registered) on a blockchain network, it can be signed by the person who owns it. And once that signing is done, he gets the proof of ownership of that particular thing. NFTs are also one of a kind, which makes them unique and so expensive. The most expensive one sold for $69 million, and we might soon have something else cross that threshold.

Does the fact that WWW source code sells as an NFT for $5.4 million make you think people will pay for anything? Are NFTs really worth anything? Let us know in the comments below. Also, if you found our content informative, do like and share it with your friends.