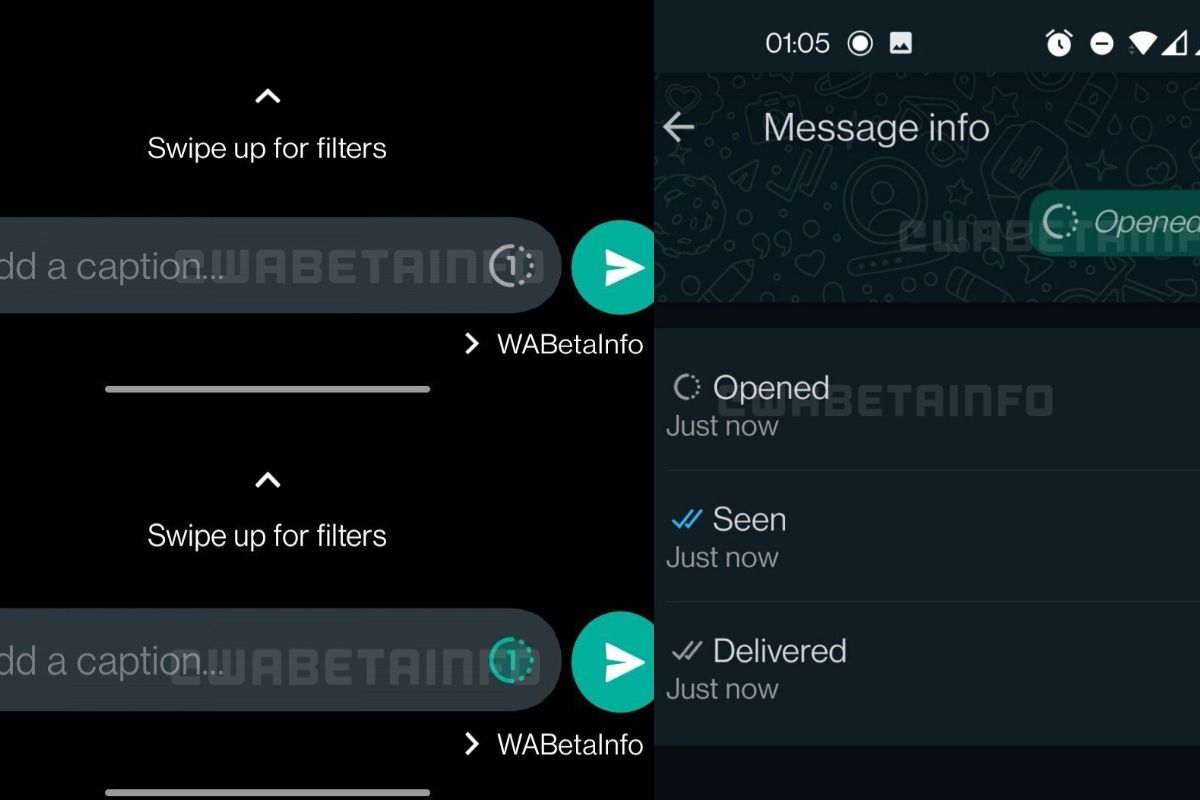 WhatsApp is the world’s most popular instant messaging platform owned by Facebook, a default choice of every user when it comes to messaging and sharing stuff with other WhatsApp users. Facebook Inc. is introducing new features on WhatsApp and making it easier for users to share media, texts, location, documents, contacts, and much more with just a few simple clicks. The platform’s usability makes it the most popular instant messaging platform on the planet, despite the company’s latest privacy policy update criticism.

Having said that, WhatsApp is now changing the way you communicate with others and is reportedly testing out a new “View Once” messages feature on Android devices. As mentioned in a report by Engadget, the messaging app’s beta testers on Android have started to receive the “View Once” update and deletes all media including photos and videos as soon as the user opens them and dismisses them. “View Once” clearly tells us that these messages will be available for single use only and there is no to retrieve what has been lost after viewing it once.

You must be guessing that WhatsApp already has a Disappearing Messages feature, so why “View Once” and what is the difference?

Well, it is true that WhatsApp still has Disappearing Messages but they automatically wipe out your entire communication within 7 days. Whereas, on the other hand, “View Once” messages are more like Snapchat’s Snaps or Instagram’s “View Once” messages. You receive an Open Once message, you open it, you see it and as soon as you close it, it’s gone.

However, screenshots and screen recording are still two options that can violate the privacy of “View Once” messages. As soon as you open your single-use media message, simply take a screenshot before it gets closed and done! A simple trick with all those shenanigans but it is still unclear if the sender will know that you have screenshotted the image or screen recorded a video.