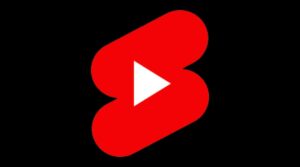 Alphabet Inc.’s YouTube is reportedly set to introduce a relatively new feature to desktops and tablets from just smartphones. This feature is the platform’s short video format section called YouTube Shorts. This section of the video streaming app was previously only available on mobile phones. Hence, users of the platforms could not access these Short videos on mediums such as Smart TVs, tablets, desktops, along with laptops.

Currently, Google is reportedly set to systematically roll out support for tablets and desktops. However, it appears rather evident now that Smart TVs would still be unable to access the sections and play the Shorts clips yet. Expectantly, this new update is to come to the new selected devices in just a matter of a few weeks. Clearly, it is rather a delightful news for users of desktops and tablets as several people who enjoy watching content on bigger screens. Many users prefer these larger screens over their smartphones owing to various reasons.

YouTube Shorts appears similar to the sections of other platforms which contain short videos. In case of Meta Platforms’ Facebook and Instagram, it is in the form of reels, along with the videos on TikTok which are mainly of a similar type. However, none of these short video features are available on devices other than smartphones. Some TikTok videos, on the other hand, are uploaded in form of accumulations on YouTube by certain users. Users in countries like India benefit from them owing to TikTok being banned in the country.

How will the Shorts section be rolled out?

People would still have to wait and see how the circulation of the section will take place. We will see how YouTube essentially implements the organisation in the YouTube interface for devices such as tablets and desktops. Clearly, the layout of these platforms are way distinct from that of phones, which had its own section for YouTube shorts. However, it appears possible that users of desktops would also get a section dedicated to Shorts soon. This would make sure that all of the Shorts videos are in the same place.

Among other news, YouTube is also set to bring in a new feature called ‘Cut,’ to its Shorts feature. This would enable users add parts of videos of other users to their own clips. This new feature is somewhat similar to how the ‘Stitch’ feature works on TikTok. Moreover, users can opt out of the feature if they do not want to have videos mixed into others’ clips.

The company would most probably make the ‘Cut’ feature available to iOS devices first. Users of Android would get the feature later on in 2022.