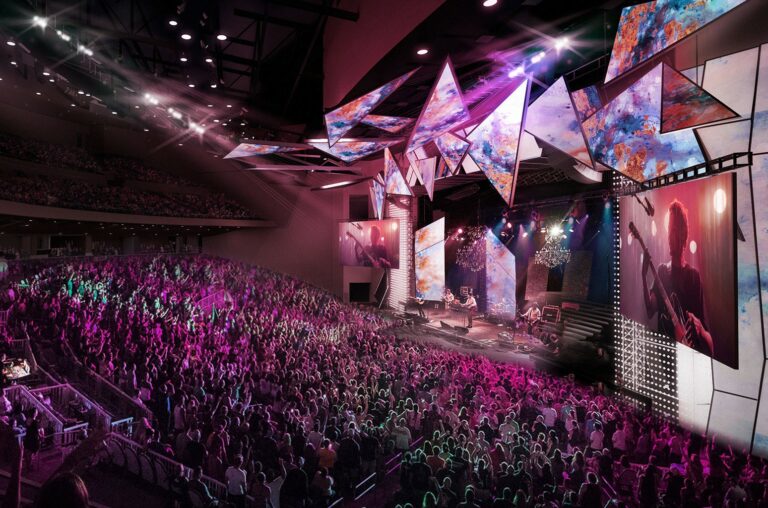 YouTube, the default video streaming platform, owned by Google is yet again indulging in a fancy project that benefits its business, its creators, musicians, and users. Since the COVID-19 pandemic began, everything has gone virtual, especially in the technology industry with live streamlining of launch events and much more.

In that spirit, YouTube has recently announced to have partnered with Hollywood Park to open a three-story live entertainment theatre called “YouTube Theatre” with a seating capacity of 6,000 people. Reports suggest that it is going to be a massive 300-acre mega-development project in Inglewood, California.

As everything has gone virtual, the Google-owned video streaming platform is investing in the next big thing, live entertainment with an intention of hosting live events, concerts, and much more from the massive venue.

YouTube is playing very smart with this strategically designed business investment and it has caught the eye of industry analysts from all across the globe. YouTube, for one, is in show business and it has ties with the entire music industry as everyone has their thing on the platform. The platform has ties with Hollywood and almost all genres of entertainment through its video platform and Google is leveraging all of that with this project.

The lockdown has been hard on all of us and creators, musicians, celebrities have not been able to perform live for so long and YouTube Theatre will definitely be a hotspot once it fully opens. The 6,000-seater live entertainment arena will host traditional music concerts and community shows, as mentioned in a report by Engadget. YouTube does a lot for its creators, from offering all tools, equipment, and even venues to them for creating new content on their platform. YouTube Theatre is definitely going to be one of those venues for creators where they can dedicate themselves to YouTube events and more.

As mentioned in a report by Engadget, it is obvious that any gig, concert, meet and greet or event that happens inside this massive three-storey YouTube Theatre will create fodder for YouTube’s live-streamed content and on-demand content that users from all over the globe will be able to watch on YouTube’s video streaming platform.

Celebrities and music sensations like Pitbull, Diamonds, Devo, Black Pumas, Marina, and Trippie Red are going to have their concerts at this venue throughout this year and the next, as mentioned in a report by Engadget.

Sources suggest that the construction on the Hollywood Park venue will be concluding by this summer, which means YouTube Theatre will go live by the end of the year, embracing live entertainment as fodder for its video streaming platform.