Bangalore based financial services provider, Zerodha has come up with a new way to get their employees to fall in love with the art of fitness and get fit. All employees are promised half a month of salary if they are able to get their body mass index to a figure that is less than 25.

The employees have till the month of August which is three and a half months to get in shape and collect their winnings of half a month of salary. The CEO of the company, Nithin Kamath was the one who came up with the idea. He said that calculating your BMI is not the most accurate way to determine fitness and health but it is an easy way and a good indicator for most people.

He went on to say that if the employees can bring their BMI to under 24, they are entitled to claim the other half of their monthly income.

According to Mr. Kamath, the average BMI of his team stands at 25.3. 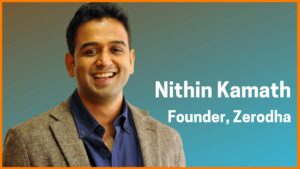 A BMI range of 18.5 to 24.9 is considered normal and any number over the 25 mark is considered overweight meaning that Mr. Kamath will actually be bringing a change to his employees and a change to the work environment.

Calculating BMI is a good indicator for your general fitness and health, but it only calculates the amount of fat overall and not the distribution of lipids which is so much more important. BMI sometimes is also not the best indicator as it overestimates the fat content for bodybuilders and people with muscle, athletes and pregnant woman. The calculation underestimates for the elderly, and even people with physical abnormalities or disabilities. The number is even accurate for people with eating disorders like bulimia and even people who are extremely obese.

But, nevertheless, the BMI calculation is a good indicator for most people and anyone over 25 should be considered as overweight.

The CEO announced that the one with the biggest BMI change and/or the one with lowest amount at the deadline will win the competition. The victor gets to pick a charitable organisation and everyone has to donate some amount of money to them. Mr. Kamath then sent an open invitation to any health tech company to oversee and track this challenge.

He then went to say that any company can introduce this initiative in their companies too as it fosters a lifestyle of health.