The public listing of Zomato is around the corner while the company is engaged in the pre-IPO processes. As per the regulatory filings, the holding entity of the company has been converted from a private company to a public limited company. 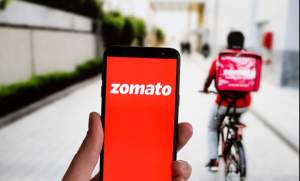 On April 5, the company has passed a special revolution, as a means to this step. It also amended the Memorandum Of Association(MoA), in addition to renaming the company as Zomato Limited, which will be in effect from April 09, 2021.

An excerpt from the filing goes,

“The company is considering filings of the red herring prospectus with the Securities and Exchange Board of India and relevant stock exchange and listing of the equity shares on one or more of the stock exchanges. In order to undertake the same, the company is required to be converted into a public limited company.”

In accordance to the Companies act 2013, for a company to list with any stock exchange, it has to be a public limited company. This is the reason that drove Zomato to convert itself so that the legal criteria will be fulfilled ahead of the listing.

In addition to the name change, the company has made an allotment of 44,30,60,73,250 equity shares to all its preference share holders. This will come into effect after they convert the CCPS(Compulsory convertible preference shares). All the investors, promoters and ESOPs trust are included in this.

Apart from this, a special resolution has been passed by Zomato separately to issue 247,60,30,788 equity shares to existing shareholders as a bonus. This will be in the ratio 6699:1. In order to facilitate this allotment of shares, the company has capitalised an amount of Rs.235.4 crore from its security premium account.

These moves are parallel to the company’s plan to list in the coming weeks. According to some anonymous sources, a few names like Kotak Mahindra Bank, Morgan Stanley, Citi Bank, and Bank of America has come up as the bankers finalized for the IPO, though no comment has been offered by Zomato till now regarding the matter. Even queries sent to the aforementioned banks didn’t see any successful or quick response.

Zomato would hold the credit of being the first mega IPO this year from the Indian satrup ecosystem. If the media reports are to be believed, the company is aiming to raise up to $1 billion at a valuation of $6-8 billion.

Zomato has already mentioned that it aims to raise only primary capital  through the listing, though there are rumours and specualtions concerning an additional investor.