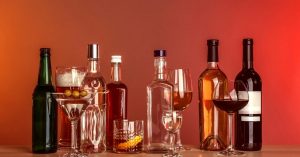 According to a statement from the company,

“We began Zomato wines in partnership with various state governments to ensure safe and responsible delivery during the lockdown. Earlier this year, as restrictions continued to ease, and in compliance with local laws in the mentioned states, we had decided to discontinue the service.”

In 2020, the company attained permission and approval to start alcohol delivery in Odisha, West Bengal, and Jharkhand.

If the sources are to be believed, the real reason behind the retreat is the unsatisfactory revenues and sluggish growth that lead to high levels of cash burn. In addition to this, there was strong opposition from various states against the home delivery of liquor and alcohol. This significantly led to the lack of scalability of the business. In the wake of these unfavorable situations, the decision was made by the food tech giant to shut the shop.

The poor unit economics had also acted as the catalyst leading the company to back out from the grocery delivery vertical that was launched in 2020. The company has now decided to channel its attention and focus completely on its food delivery section to ensure growth and progress. Since the company is planning to go public this year, it becomes all the more important to focus on profitability and unit economics.