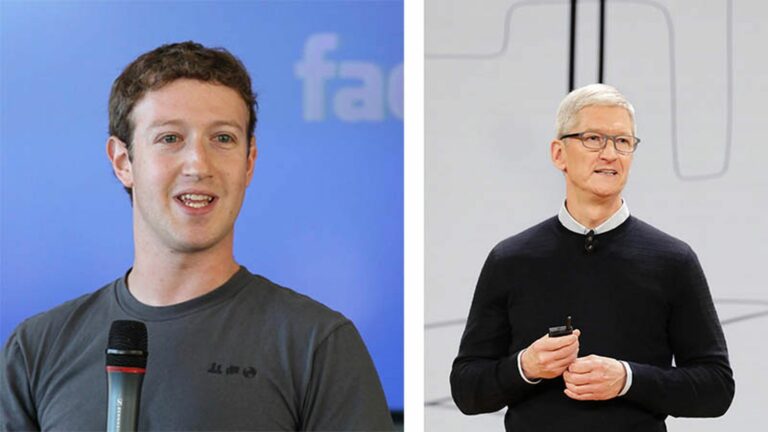 Zuckerberg says Meta and Apple are in ‘deep, philosophical competition’ for building the metaverse He told the employees of Meta how this competition is based on 'philosophies and ideas.'

According to the CEO of Meta, it is in a rather ‘deep, philosophical competition’ with Apple Inc in developing the metaverse. Saying this, Zuckerberg suggested that the two big techs are ready for a face off in the sale of hardware for AR and VR. His views were revealed from a footage of him at the time of an internal meetings with employees of the Facebook parent.

Reportedly, Zuckerberg conveyed to the staff how the company was in competition with the iPhone Maker in the determination of the particular way in which the internet must go. He stated how the company must mould itself as the more economical and available open option in front of Apple, which is gearing up for the announcement of its first headset very soon.

Talking about the simmering competition, Zuckerberg stated how this rivalry is that of ‘philosophies and ideas,’ where Apple thinks taking everything under them would indicate the development of an additionally desirable consumer experience. Further, he mentioned how the current belief is that a great amount of specialisation is pending among tech giants, enabling the coexistence of a ‘larger ecosystem.’

For a while now, Zuckerberg has appeared rather determined to establish the point on interoperability for the project. A while back, the Facebook-parent company came up with the Metaverse Open Standards Group with companies such Epic Games and Microsoft, sparking the making of open protocols allowing them movement from one 3D world to another.

However, Apple evidently appeared to be left out of this group, about which the Meta chief specified how the iPhone maker’s hardware and software development approach would not be suitable for the metaverse the way it did for their iPhone. According to him, Apple is rather unclear regarding which kind of an ecosystem would be more suitable.

Despite Apple chief Tim Cook being somewhat clear about their AR interests, it has not said much regarding its plans for its hardware. Currently, everything indicates towards the possible release of Apple’s awaited headset which can blur the entire immersion of AR and VR experiences laying around the real world. Reportedly, even Meta is talking of the release of an identical headset soon, along with the plan for the first pair of AR glasses. As of now, Zuckerberg is aiming for Meta to take a similar position as Android when it comes to Apple’s iOS.