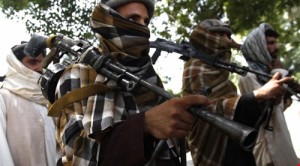 An app named ‘Alemarah’ developed by the Taliban has been removed from the Google Play store, two days after the app’s launch was reported in English-language media.

The app, which allowed users to access the group’s Pashto website, is part of a growing digital campaign by the Taliban to grow its audience. Taking cues from the recruitment efforts of IS, the Taliban’s website is now updated in five languages, including English and Arabic, while it also maintains a constant presence on Twitter and Facebook, despite attempts by the social networks to take down the accounts when these are discovered.

The fact that the app was even on the Play Store in the first place could prove problematic for Google. In the past, the company has kept its app store relatively open, only intervening to remove apps once they have been highlighted as dangerous or insecure. But last month, Google confirmed that it had started to pre-moderate apps, to “catch policy offenders earlier in the process”. It remains unclear how the Taliban’s app made it through that safety net.

According to the app store’s policies, content that involves “terrorist groups documenting their attacks” is restricted, as are “apps that lack reasonable sensitivity towards or capitalize on a natural disaster, atrocity, conflict, death, or other tragic event.” While it’s unclear whether the Taliban’s app violated any of these terms, it’s not out of the realm of possibility, since, you know, it was a propaganda app designed to increase the terrorist group’s audience, after all. 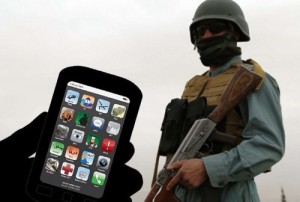 Some think that the app may have been part of the Taliban’s efforts to compete with ISIS, which has a substantial digital footprint. However,  some of ISIS’s purported attempts at expanding its digital operations were not quite as legitimate as they’ve been made out to be. (Google also recently began to show anti-ISIS ads.)

Social media has become an important tool for ISIS and other jihadist groups seeking to recruit people to their cause. Following terrorist attacks in Paris and San Bernardino, CA last year, officials in Europe and the US called on Facebook, Twitter, and other web companies to intensify efforts to combat extremist propaganda with counter-messaging.