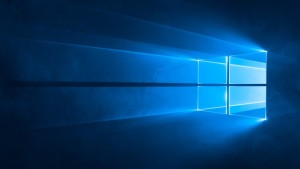 A week after announcing at Build a bunch of new features that would be coming soon to Windows 10 Redstone 1 testers, Microsoft is making them available in a new test build.

Today’s new build is the first supporting the ability to run native Bash on Ubuntu on Windows. To do this, testers need to turn on Developer Mode via Settings/Update & Security/For developers, and then enabling the Windows Subsystem for Linux beta.

Build 14316 also adds new functionality enabling Cortana to stay connected and in sync across devices. This works across Windows 10 and Windows Phone and Android phones running Cortana Version 1.5 or higher. Cortana now notifies users of low battery power on their mobile devices, and can also locate phones using Find my phone/Ring my phone. With this build, testers also can use Cortana to can access navigation details across devices.
Windows 10 has been available to the public for six months this week. By the numbers, it’s been a hit, with 200 million active users as of the first of the year. Here’s my midterm report.

There are new Microsoft Edge Extensions supported in Build 14316, including Pinterest and OneNote Clipper, along with the already announced Reddit Enhancement Suite, Mouse Gestures and Microsoft Translator ones. 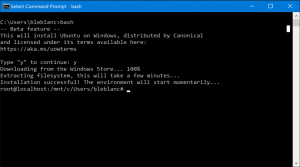 Those testing 14316 also can try out the recently announced Skype Universal Windows Platform preview app. Additionally, testers now can select which app notifications are most important in Action Center and toggle between light and dark modes. And using the new Connect app, testers can bring Continuum to the PC from their Continuum-enabled Windows 10 phones without using docks or a Miracast adapter. PCs can now project o other PCs via Continuum with this build as well.

There are a few other features, such as an updated battery settings, more detailed update progress and the ability to pin a window so it’s available on every desktop, in the latest test build.

As usual with Windows 10 test builds, there are also a bunch of fixes and known issues in the latest build, which are detailed in today’s blog post about the new build.

Microsoft announced last week that Redstone 1, also known as the Anniversary Update, will be available for free to all Windows 10 users this summer.