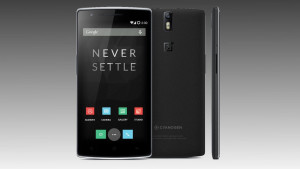 Good news for OnePlus users! The smartphone, which was unveiled almost two years ago, is set to get Android 6.0 Marshmallow in the near future.

OnePlus co-founder Carl Pei took to Twitter on Wednesday to announce the news. The exact release date is apparently out of his hands, but he promises that it should arrive in soon.

The company is also still working on bringing Android 6.0 to its more recent smartphones as well. OnePlus 2 owners can already try out a beta version of Oxygen OS 3.0, which is based on Google’s Marshmallow mobile operating system. The current version apparently has some bugs but, for the most part, it appears to be solid.

Android Marshmallow includes some useful new features, including Google Now on Tap, Doze for saving battery life, more refined permission controls for individual apps and more. Google is already testing its next big release, Android N, but who knows when (or if) that update will make its way to the OnePlus One.