Toyota Teams Up With Microsoft For ‘Toyota Connected’ 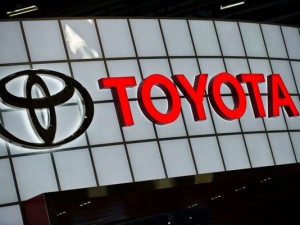 Japanese car manufacturer Toyota has announced it is teaming up with Microsoft for
the new venture, called Toyota Connected, it was announced by the car firm and will look to collect and analyse data from its cars and push towards connected vehicles.

For instance, artificial-intelligence features could be added to cars that allow them to know where the car is going and offer services drivers might want along the way.

Zack Hicks, the chief information officer of Toyota Motor North America who was appointed CEO of Toyota Connected said, “Toyota Connected will help free our customers from the tyranny of technology. It will make lives easier and help us to return to our humanity.”

Some of the automakers planned services – from health monitoring to dinner reservations systems – could be offered to customers over the air by being beamed directly into their connected Toyota, but the firm stresses that privacy concerns will be at the forefront.

Microsoft has worked with Toyota since 2011. It will hold a minority ownership stake in the venture, Toyota spokesman Scott Vazin said in an email.

Plano, Texas-based Toyota Connected will include the Japanese automaker’s scientists and Microsoft engineers working side by side to advance data-based solutions to the auto industry’s challenges.

Toyota Connected hopes to have its first products within a year. The ultimate objective is to “help to humanize the driving experience while pushing the technology into the background,” Toyota said in a statement.