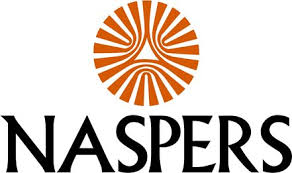 South African media and internet giant Naspers is set to acquire Citrus Pay for around $150-180 million, in an all-cash transaction, making it one of the largest deals in the Indian payments market.

Founded in 1915, Naspers is a global internet and entertainment group and one of the largest technology investors in the world. With the combined entity, the company which runs PayU and the Ibibo group in India, is expected to emerge as the leader in the online commerce space in terms of market share. Both Citrus and PayU focus on providing payment solutions to a growing tribe of merchants who operate online, and are largely business-facing in nature.

The deal will see the exit of Citrus Pay’s existing backers, a list that includes Sequoia Capital, Ascent Capital and Japanese strategic investors Beenos and econtext Asia, the people said.

Sequoia holds about 32 per cent of the five year-old company, while other investors own about 25 per cent. The rest is believed to be held by the founders and top management. As per ET’s estimates, Sequoia, which was also an investor in FreeCharge, will make an about six-fold return on its $10-million investment in Citrus Pay.

The Citrus-PayU combine will dominate e-commerce payments, although BillDesk would be bigger if utility bill payments were included. A recent report by Google and Boston Consulting Group said that digital payments in India would grow to $500 billion by 2020 with half of all internet users making online transactions.