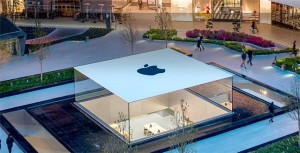 09 May 2016, India :
Apple has reportedly promoted Sanjay Kaul, who till date served as the sales director for the company as the new India head.

The manufacturer of flagship iPhone series garnered a revenue earning of $1 billion from India off late. The executive reshuffle from the company comes after Maneesh Dhir, former country head for Apple, resigned a few months back.

Kaul has been associated with Apple since November 2011 as head of the iPhone business in India. His last designation at Apple, before being made country manager, was director – telecom. Prior to joining Apple, he served Canadian handset manufacturer BlackBerry where he headed the firm’s channel sales division.

Apple CEO Tim Cook feels that expansion in India has not proved to be as easy as he had hoped. Stringent regulations have held back the company from becoming a dominant force in the region, as it continues to make efforts to increase its market share in the region.

Apple has applied for an exemption in India which, if approved, will allow the company to open its own stores and sell products without the extra taxes and duties. The government will only allow an exception if the company’s products are innovative and revolutionary.