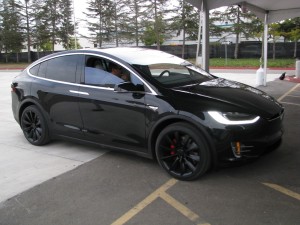 The Tesla Model X SUV family just gained a lower-priced sibling. The $74,000 Tesla Model X 60D is a software-limited version of the current Model X 75D, as reported on Electrek.

The vehicle, dubbed the 60D version of the Model X, can travel an estimated 200 miles on a single charge of electricity with its 60 kilowatt-hour battery. It can travel from 0 miles per hour to 60 mph in 6 seconds.

Other versions of the vehicle come with batteries of 75- and 90-kilowatt-hours and range in starting price up to $115,500.

“Model X is the safest, quickest and most capable sport utility vehicle in history, and existing Model X owners are loving their cars,” Tesla said in a statement. “Our versatile product platform and efficient manufacturing processes make it possible to seamlessly extend these types of compelling offerings to customers.”

Tesla CEO Elon Musk has acknowledged that the design of the Model X — whose gull-wing door and slickly designed seats set it apart from most industry offerings — was too complex to facilitate an easy manufacturing process. 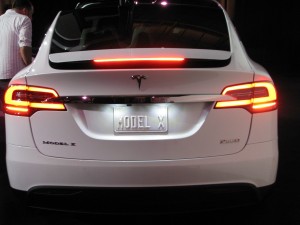 Tesla has recently being dealing with questions and investigations surrounding its Autopilot semi-autonomous driving technology following the death of a man in Florida, and at least two other crashes in which drivers said they were using the system. Images- usatoday.com

In a Bizarre Incident, Tesla Driver Killed in a Fatal Crash While Using Autopilot Mode