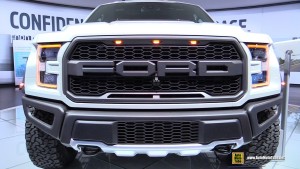 The other participants are Motus Ventures, Wicklow Capital, StartX Stanford and AME Cloud Ventures, a fund led by Yahoo! Inc. co-founder Jerry Yang, Civil Maps said in a statement. The company, which has 16 full-time employees, is based in Albany, California, and grew out of an accelerator program sponsored by Stanford University.

“Autonomous vehicles require a totally new kind of map,” said Sravan Puttagunta, Chief Executive Officer, Civil Maps. “Civil Maps’ scalable map generation process enables fully autonomous vehicles to drive like humans do — identifying on-road and off-road features even when they might be missing, deteriorated or hidden from view and letting a car know what it can expect along its route. We are honored to work with Ford and the rest of our investor team to pave the way for fully autonomous vehicles at continental scale.”