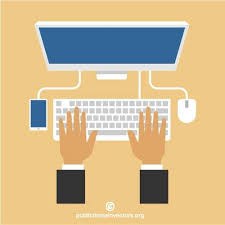 The eighteen hours work day debate saw the addition of another dimension of argument when, Shantanu Naidu, who is a General Manager for Ratan Tata, said that, the eighteen-hour work culture is toxic, and it downgrades the value of an individual only to achievement and productivity. Shantanu Naidu who has a degree in business administration from Cornell University is 28 years old. Naidu has been associated with Tata Trust since 2017.

Shantanu Naidu said he believes that work is something one does and it does not define who the person is. At the same time, the assistant of Ratan Tata said that it is up to the people to decide upon the duration they want to work for but preaching younger generation to work for 18 hours is not good as work does not make an individual human being.

Naidu further added in his video clip on the topic that, relationships, love and legacy which are left behind by an individual make one a human being and this evaluation does not take into consideration the work done by an individual in a day.

Shantanu Deshpande, the man behind the advice, the founder of Bombay Shaving Company has been in limelight for his statement that, the freshers should work for 18 hours a day for at least four to five years and should avoid looking for work-life balance in the given period. The founder also said that newcomers should not crib about this.

The advice from the founder has not gone down well with some who have criticized Shantanu for promoting toxic work culture. Few have also called him slave owner. According to reports, the founder in his last post on LinkedIn apologized for the statement.

“To those who were hurt by my post – apologies for the same. I recognise the need for nuance and context,” he wrote in a LinkedIn post.

What Do The Others Say?

Various studies have highlighted that overworking is dangerous and people working more than 54 hours risk death. Further, the WHO (World Health Organisation) report has shown that overworking has killed more than seven lakh people in the year 2021. Reportedly many freshers see work as a mode to get independence. Studies have also shown that millennium finds themselves exhausted due to this culture. Reports have called for a balanced work-life balance, instead of overwork.