The latest edition of the IIFL Wealth Hurun India Rich List has been released, featuring a number of new names among the top 100 wealthiest people in the country. Shashvat Nakrani, who is 23 years old, is the youngest individual on the list. He is the Co-founder and mastermind of Bharat Pe, a payment platform that he created in his third year of college. He is one of 13 people on the list who were born in the 1990s and are all self-made, according to the listing entity. 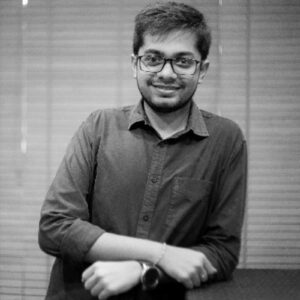 In 2018, Nakrani founded BharatPe Payment Gateway together with his colleague Ashneer Grover. In just 2 years after joining IIT, he founded his own company, which subsequently competes with Paytm and PhonePe and other payment gateway platforms in India.

Nakrani, who was part of IIT Delhi in 2015, did his Bachelors inTextile Technology. This young entrepreneur from Bhavnagar, India has come a long way. In his third year he had discovered an important niche in the market, the existence of a payment gateway accessible to merchants who did not limit their margins.

It should be noted that the company has also been very successful since its founding. BharatPe has so far partnered with other RBI-approved non-bank financial firms (NBFCs) to form the 12 percent club. This is a unique platform for investment, consumer credit and loans in the form of an application. With this app, clients can invest and earn up to 12 percent of annual interest without a lock-in period, hence the name.

The company has a revenue model that is based on providing a digital payment platform to its customers. It also has a separate app for its business partners. The company relies mainly on reciprocal cyclical linking of credit to merchants and the use of applications to increase sales of its platform. Today, the company is the fourth largest UPI provider after Google Pay, PhonePe, and Paytm.

Introducing the new list, Karan Bhagat, Founder, Managing Director and CEO of IIFL Wealth said that the increasing accumulation of wealth documented in the IIFL Wealth Hurun India 2021 List reflects the strong foundation of Indian companies and the trust that they get from their respective stakeholders. The key facts from the list that stand out to them are the rise of women wealth creators, the decline in the middle age, and the inclusion of Tier 2 cities like Pune, Rajkot, Surat, Faridabad, and Ludhiana in the top 20. At IIFL Wealth, these factors are already reflected in new solutions and strategies in the wealth management business